PARIMA board member and BMW Brilliance risk and insurance manager Sharon Shi talks exclusively to StrategicRISK about riding the wave of increasing risk maturity in China. 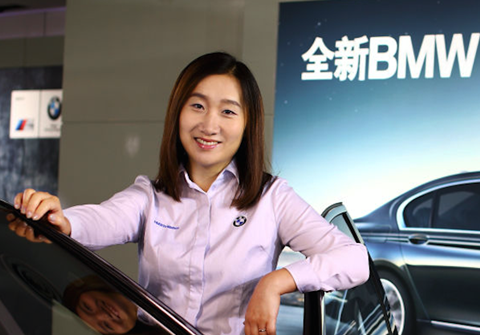 The past 10 years have been a pretty good time to be a luxury car manufacturer in China. As the rise of the country’s middle class enjoys greater wealth than ever before, many Chinese have traded in their bicycles and scooters for BMWs, Mercedes-Benz, Audis and the like. In fact, China is on track to sell 20 million vehicles this year, according to the China Passenger Car Association, 20 times the number of vehicles sold in China just a decade ago.

BMW Brilliance has been one of the biggest winners during this past decade of explosive growth.

And so when Sharon Shi joined the company in 2011 as the company’s first risk and insurance manager, it’s fair to say she had her work cut out.

“When I joined, there was only one production plant for the company in China. But the market was very demanding and we did not have enough capacity to fulfil it,” she says.

The answer? Expand. And quickly.

Shi was drafted in primarily to help the company assess its insurance needs and exposures that came with its rapid expansion plans.

Unsurprisingly, this rapid increase in production and asset base has come hand in hand with a more complex risk profile. The company’s supply chain, regulatory requirements and reputation exposures, to name a few, are now vastly different to what they once were.

To manage the company’s exposures, Shi now has a team of 10 that together look after the insurance, internal controls and risk engineering functions for the business.

And together there are four key risks that keep the team busy: regulation and policy compliance; reputation; disasters; and fire and explosion.

The later two are particularly top of mind thanks to the Tianjin port explosion earlier this year. BMW was one of many automanufacturers to be affected by the blasts, with supply chain interruptions and hundreds of cars written off by the explosion itself. But most damages will be covered by insurance, Shi says.

But, of course, not all of BMW’s exposures have insurance as a risk transfer option.

“We have risks which cannot be 100% transferred to commercial insurance. For example, we have product liability insurance that covers almost all the physical damage for the company. But we still cannot cover intangible or invisible branding damage,” Shi says.

This is one of the reasons that reputation risk is also one of the top concerns that Shi is working to mitigate. It’s not surprising in the automotive industry, particularly as BMW witnesses the reputation battering that its peer Volkswagen has taken in recent months in the wake of its emissions scandal.

The brand of BMW – indeed, of any automanufacturer – is heavily influenced by the service, care and quality of the distribution centres and sales staff. Hence, this is where Shi and her team are placing their focus to mitigating the risk.

On a day to day basis, however, Shi says it’s regulatory risk, in terms of policy and political changes, which are top of the company’s risk register. It’s a common risk for global corporates operating in China today, with increasingly regular changes to policy and regulation across a variety of industries under president Xi Jinping.

In the automotive industry, for example, the Chinese government is seizing the growing new energy vehicle (NEV) market and aiming to become of the world leaders in manufacturing of all-electric and hybrid vehicles. That means encouraging growth and innovation, while at the same time establishing world-leading standards. A recipe, therefore, for policy updates and regulation.

BMW Brilliance was the first Chinese premium manufacturer to unveil an NEV in the form of its Zinoro 1E vehicle in 2013. Since then a series of policy changes have been introduced, meaning that the business has had to adapt and respond quickly to ensure compliance.

“We’ve experienced a lot of change from the policy point of view and also it’s quite dynamic,” Shi says. “We need to keep very close eyes on the policy changes then to adjust our strategy accordingly. So that’s very high level.”

Shi says there are also challenges associated with enforcing BMW’s global design and construction standards on a local workforce.

“We face a lot of challenges to deal with and train the local people to follow our procedures,” she says.

“We have to deal with suppliers and contractors and they might not be properly trained with the same mindset [as BMW]. For example, from the human safety point of view, in local cities, we have very advanced design for the plant but we still need a local people to support and help with the construction.

“This is a constant challenge that we’re having, but it is improving,” Shi says.

Like many risk managers, Shi began her career in the insurance industry.

She was born and grew up in Shanghai and joined AIG after graduating with a degree in philosophy from the Fudan University in Shanghai. She spent four years with the insurer before moving to Zurich in Beijing in 2009 to help expand the company set up its new local office.

“A lot of people ask me why I studied philosophy, and the second questions is why I work in insurance,” she laughs. “But for me I chose the job firstly [because] it’s dealing with people. The second reason is I think the insurable ratio in China is still very low, and that’s why I feel there’s a lot of potential for this industry.”

Indeed, the protection gap in China is one of the top three in the world, according to a recent report from Swiss Re. And risk management in the country is still in its infancy in many cases compared to other countries around the world.

But Shi is hoping that will change and believes that improvements in the recognition of risk management as a profession is one of the key steps that will help drive progress.

Shi joined the PARIMA board earlier this year as the second representative from China alongside Marriott risk manager Keith Xia. Together the pair are enthusiastic about helping to educate their peers on helping boost risk up the boardroom agenda.

“We think there’s a very big potential in China [for risk management],” she says.

Indeed, if it follows half the trajectory of the automotive industry, she might be right.