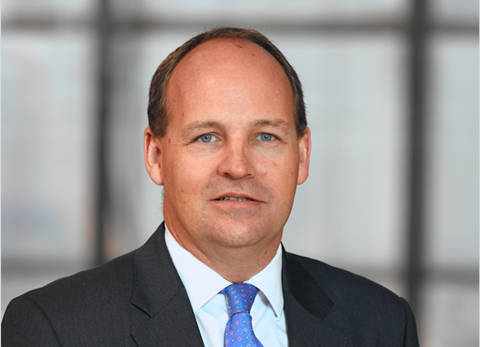 Lloyd’s Australia will move into a new office with three other Lloyd’s businesses as part of its strategy to boost its brand presence in the country.

Four companies, including Lloyd’s, syndicates Argenta and Talbot, and managing agent Ironshore, will move into the new office on O’Connell Street in Sydney on 4 March.

Lloyd’s Australia general representative Chris Mackinnon (pictured) told StrategicRISK that the move would “fundamentally change the way that Lloyd’s operates in Australia in terms of profile and visibility”.

“We’ve got a common area, we’ve got meeting rooms, we’ve got hot desks, we’ve got breakout areas, so we’re encouraging visiting syndicate underwriters when they come to Sydney to come to Lloyd’s and work,” he said.

“I want [the office] to have a reputation as being a destination for thought leadership and innovation in the insurance industry, and somewhere that people want to go to have a meeting or a beer,” he said.

The co-location is a key part of Lloyd’s Australia’s strategy to improve its brand recognition.

Mackinnon said the 120 Lloyd’s coverholders in Australia had largely been operating under their own business names, with little reference to the Lloyd’s brand.

“There’s been a 40% growth in coverholders [in Australia] over the last five years and the market conditions prior to the last three or four years have really been beneficial for brands to go out there and promote in their own right,” he said.

“Now that margins are tighter and everyone’s looking for new angles as to how they can do things, we’ve gone to them with [the Lloyd’s community] concept and said do you think that being part of this would help your business and the resounding feedback has been yes.”

The group’s 2015 annual report is due out in March, and Mackinnon said Australia would replicate its dollar contribution for the year.

“We’ve got a highly competitive Australian market, with huge amounts of competition, an influx of people like Berkshire Hathaway, [and] price wars going on left, right and centre. [So] to be able to sustain the premium pool that we have from the previous year, in our view, is a phenomenal result,” Mackinnon said.

Lloyd’s does not see “huge potential for significant premium growth” in Australia in 2016, he added.

“So what we’re focusing our attention on as a corporation is the Lloyd’s community. It’s about developing the Lloyd’s brand in Australia and promoting a sense of strong collaboration and unity within the Lloyd’s market, which has always been somewhat disparate.”