New Zealand’s Whakaari/White Island tragedy has raised questions about the level of safety in the adventure tourism and cruise ship sector after the death toll from the eruption rose to 16 people. 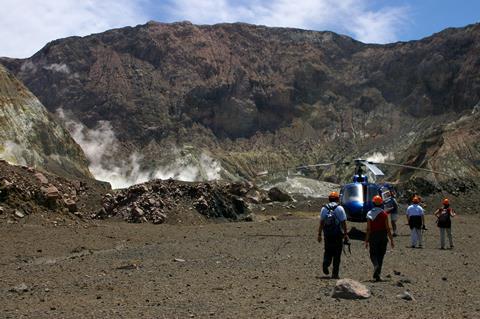 A popular tourist attraction for more than 30 years, the active volcano erupted on December 9 while a large group of tourists were on a guided visit arranged by White Island Tours, a local tour operator based in Whakatane on the mainland of New Zealand’s north island.

There were 47 people on the island at the time of the eruption, and 16 people have been confirmed dead so far with another two people missing. Emergency services and the New Zealand military have attempted to recover bodies over the past week as the scale of the tragedy continues to grow.

Scrutiny of White Island Tours has centred on warning signs before the eruption. Increased volcanic activity sulphur dioxide levels in the month leading up to the eruption caused authorities to raise the volcano’s threat to a level 2 in November, indicating “heightened” unrest. Despite this, and Whakaari’s ongoing status as an active volcano, the island was deemed safe to visit.

White Island Tours faces questions about the safety procedures put in place to protect visitors. Tourists, mainly from the Ovation of the Seas cruise ship, were made to sign a waiver before their visit, acknowledging the risks of the visit. Whether risks were adequately communicated is under investigation.

Accident Compensation Corporation, a state entity, provides compulsory insurance coverage for residents and visitors to New Zealand. Due to ACC, no one can sue for compensation for personal injury in the country. Legal experts believe victims of the Whakaari tragedy may be able to seek a criminal case against White Island Tours.

The NZ government’s workplace safety monitor Worksafe is expected to launch an investigation into the tragedy. If White Island Tours breached health and safety laws, it could face a fine of $1.5 million New Zealand Dollars. A safety auditor for White Island Tours said the company had passed safety audits over the past three years.

Prime Minister Jacinda Ardern said the actions of the operator, and workplace safety regulator Worksafe, would come under scrutiny: “Did the operators fulfil the expectations around health and safety audits and so on? The question may well be, was that regime itself adequate and did WorkSafe do their job?”

WorkSafe will review whether its regime was fit for purpose in the wake of the tragedy. According to New Zealand’s National Emergency Management Agency, because White Island was uninhabited and privately-owned, some legislative responsibilities were not exercised on the island.

The disaster comes nearly a decade after New Zealand ordered an urgent safety audit after several accidents at adventure tourist spots. The audit was prompted by 37 deaths in four years at major tourist destinations.

Recent cases have underlined the danger of adventure tourism in New Zealand. Riverland Adventures was prosecuted in 2014 over the quad-biking death of an Australian tourist. While Cathedral Cove Dive plead guilty over health and safety failures after the death of a Taiwanese tourist in 2014.