The risky logistics of space

On July 20, 1969, half a billion people watched Neil Armstrong become the first man to set foot on the moon. Fifty years later, President Donald Trump has set a course to return and use it to lay the foundation for an eventual mission to Mars.

As you can imagine, logistically, neither the Moon nor Mars is an easy place to get to. When Americans last set foot on the moon in 1972, they took everything with them and everything was controlled by NASA. Now, as they start that endeavour again, the logistics required and how they go about managing that supply chain will be very different indeed.

Sustainable space exploration is going to require interplanetary supply chain management. We’re talking space logistics and it is a very real thing. The guys at MIT have been working on a project that would allow a reliable stream of consumables like fuel, food, oxygen, spare parts and exploration equipment to get from Earth to the Moon to Mars and beyond. To figure out how, they have created a software tool for modelling interplanetary supply chains and they have called it SpaceNet. Terminator fans will be thinking that sounds way too close to ‘Skynet’ and could spell our impending doom but the system is a bit more benign than that. 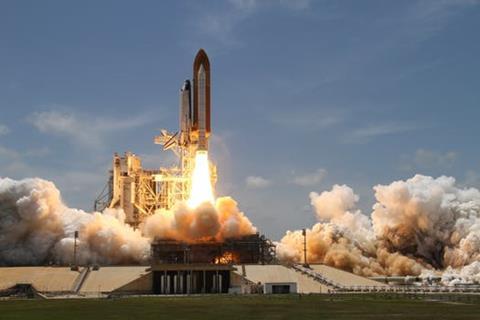 The system is based on a network of nodes on planetary surfaces, in stable orbits around the Earth, the moon or Mars, or at well-defined points in space where the gravitational force between the two bodies (in this case, the Earth and the moon) cancel each other out. These nodes act as a source, point of consumption or transfer point for space exploration logistics.

It operates on much the same principles as supply chains here on Earth. Those nodes sitting on the Moon and Mars, or in orbit around them, or hanging in space somewhere are the equivalent of our factories, distribution centres and retailers. The complicating factor, of course, is the sheer distance involved. A shipping delay in space could mean 6 to 9 months of hardship for someone on Mars!

So, this is logistics beyond the cloud and it has some interesting implications for logistics here on Earth. The reason for that is the number of everyday items we now use that were originally developed by the space program. The hand-held vacuum cleaner, firefighter breathing apparatus, better sunglasses, car crash technology, freeze-dried meals, baby food, heart surgery, heat-absorbing sportswear, artificial limbs, satellite T.V. and plane wing tips are all examples of developments made possible by the space program. Just imagine how quickly logistics could develop if the space program were to have a similar effect.

Already, there has been huge investment. In 2011, the global space economy was worth $289.77 billion and it is growing at an exponential rate. Logistician employment is projected to grow by 26% – that’s 14% faster than the average for all occupations to 2020. Look at the people involved in space exploration and cargo – Elon Musk, Sir Richard Branson, Jeff Bezos – and you begin to get a feel for just how serious an endeavour this is. Trump’s announcement that we’re going back to the Moon and then on to Mars (if everyone follows through) could accelerate logistics beyond anything we can imagine.

If Armstrong’s heroics represented ‘one small step for (a) man, one giant leap for mankind’ what does this next mission represent? When Apollo 11 landed on the Moon, the whole world stopped. Perhaps, this time, when we land again the world will accelerate at a speed we have never seen before.