The risky business of climate change

What are your initial thoughts on these plans, which are expected to cost around $100 billion over the next 50 to 100 years?

Singapore has benefitted from its geographic location, shielded largely from the typhoons, earthquakes and cyclones that impact many of its neighbours, and the costly damages of extreme weather. That does not mean, however, that we are not exposed to the hazardous impacts of climate change – which were very clearly articulated in the National Day Rally last Sunday.

Singapore has always prided itself on its ability to plan for the future. The plans unveiled by PM Lee to prepare Singapore for climate change is another excellent example of the island-nation getting on the front foot and safeguarding its existence against the risks of climate change.

Singapore is a low-lying island that is vulnerable to the sea-level rises as well as severe droughts, intense rainfall and food shortages that climate change will bring. By spreading the costs to safeguard new developments and critical infrastructure as well as building coastal defences over time, Singapore is protecting itself in an affordable, adaptable and flexible manner. 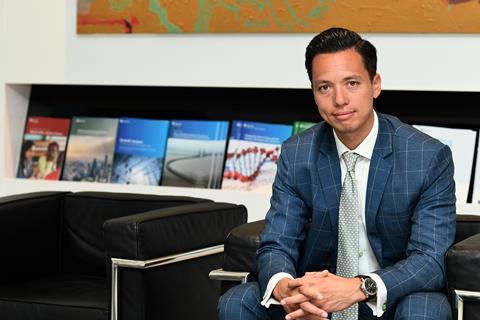 How should businesses here expect to be disrupted by climate change?

The impact of climate change on businesses is already visible around the world and we believe it will only increase. Scientists have linked the increased severity and frequency of extreme weather events to climate change. According to a sigma report published by the Swiss Re Institute, insurance losses from natural disasters in 2017 and 2018 were a combined USD 219 billion, the highest-ever for a two-year period. More than half of the losses were due to secondary perils, such as floods, torrential rainfall, landslides, thunderstorms, drought and wildfire outbreaks.

Each of these perils can disrupt businesses in various ways. In Singapore, about 30% of the island is less than 5m above mean sea level, making it susceptible to flooding. This percentage is also growing due to extensive land reclamation. Flooding can halt transport-based operations as well as destroy inventories, valuable documents and data stored on servers or computers. It can also result in damage to valuable and critical machinery such as company vehicles, resulting in the disruption of supply chains.

The impact of climate change on Singapore businesses is not just limited to our shores. Many businesses in Singapore, a global economic hub, also have assets overseas or rely on goods from overseas. Extreme weather events can cause a ripple effect on global trade and supply chains that may be felt for a long time and may be impossible to recover from.

Another area where businesses may be disrupted by climate change is in what the insurance industry calls non-physical damage business interruption (NDBI) losses. This is where a business doesn’t suffer any physical damage from the extreme weather event, but its operations are nonetheless impacted, For example, floods can disrupt power and utilities, both of which are essential to the smooth running of all businesses. The disruption of power and utilities by floods would impact businesses even without them being exposed to a drop of water.

Also, extreme weather such as heat waves puts a stress on energy consumption and can pose a public health issue. For outdoor industries such as construction, employee productivity would be diminished and a loss in manpower would typically result in delays, reduced efficiencies and lost production. Furthermore, extreme droughts can lead to wildfires at home and in neighbouring countries which could result in another haze phenomenon.

It’s in this area of NDBI where Swiss Re Corporate Solutions has been developing new insurance solutions, which simply and automatically pay out a fixed amount to an insured party after a defined event occurs and is verified by a third-party data source, such as the NEA. These solutions are called parametric insurance solutions and the main advantage of such products is that they can be used to insure pure financial losses, filling the gaps of traditional insurance programmes and providing quick access to liquidity, thus facilitating business recovery after a loss. We are already providing these solutions to a range of businesses in Asia.

Do we have any projected figures on potential impact to businesses in Singapore?

Climate change has a very real impact on businesses. According to a recent PwC CEO Survey, 46% of CEOs agree resource scarcity and climate change will transform their business. In addition, 74% of CEOs indicated that measuring and reporting the total impact (financial and non-financial) of climate change contributes to their long-term success. This is confirmed by the increased importance of sustainability we see on our clients’ risk management agendas.

There are many projections produced by various entities when looking at potential global impacts of climate change. A recent report published by the CDP estimates major companies face almost USD1 trillion in climate risks – with many likely to hit within the next five years. Another article from the Economist estimates that by 2100, the value of property at risk from marine flooding would be worth between USD 20 trillion and USD 200 trillion.

For Singapore specifically, however, this is harder to estimate. While an investment of SGD 100 billion may seem big, it may be less daunting when taken into consideration alongside the financial costs of potential impacts.

While all coastal cities will be affected by sea-level rises, some will be much harder hit than others. Asian cities will be particularly affected in a bad way. About four out of every five people impacted by sea-level rise by 2050 will live in East or South East Asia. As a low-lying island, Singapore is particularly vulnerable. The Build, Protect, Manage measures being taken, however, are encouraging. For example, as part of efforts to boost flood resilience, Singapore has invested SGD 10 million into research to boost understanding of the implications of rising sea levels as well as to develop more robust projections. In terms of preventative measures, Singapore has also invested SGD 1.8 billion on drainage improvement works, which were completed last year.

Our South East Asian neighbours are also building defences against sea-level rise. Jakarta is currently building a sea wall, and Bangkok has laid out a 2,600km canal network and a central park with a capacity to drain 4 million litres into underground containers.

How can local businesses build resilience and better manage the associated risks?

One of the ways that local businesses can build resilience and better manage risks is to invest in insurance.

It is important for corporate risk managers to better understand the vulnerabilities of their organisation to climate change and build a risk profile. Awareness and education around climate risks remain key – particularly in areas where there has not been historical impact. In the near term, physical impacts are unlikely to be significant; businesses with exposure to other areas globally where climate impacts are already prevalent, however, should take measures through risk transfer and investments in mitigating risk to infrastructure and in alternative supply chains.

How important is it for Singapore to deal with this problem of rising sea levels and climate change?

Singapore relies highly on a competitive economy for its success. What this means is that it must continue to be a place that is friendly for businesses to operate in. The government’s measures to mitigate climate change and rising sea levels will give businesses and companies greater confidence in operating in Singapore.

At the same time, insurers can play a role in long-term resilience-building infrastructure projects. In the past, public-private partnerships (PPP) have been successful in finding solutions to mitigate disaster risk. Insurance Council Australia (ICA), for example, actively engages with councils on this topic. Inaction is not an option and can be costly. Take what happened after the Brisbane floods in 2011 for example. Due to a lack of insurance cover, a heavy flood levy was imposed on tax-payers.

As an industry, we are uniquely positioned to play a key role in mitigating long-term climate risks. Raising awareness of climate risks is key and, collectively, we have an important role to play to help bridge the protection gap by working with governments; developing new solutions through technology with clients; and ensuring sustainability and supporting the global transition towards a low-carbon economy