Have we learned anything from Hayne?

A year on from the Hayne Commission represents a natural time to consider the new regulatory environment facing corporate Australia.

Remediation costs in the financial sector have passed $7bn and are still heading upwards, and there are over 40 recommendations to be implemented through legislation or other regulatory reform over the next 12 months.

On top of that, in November, corporate regulator APRA unveiled its plans for a ‘more intensive regulatory approach to transform governance, culture, remuneration and accountability (GRCA) practices across the financial sector.

Deputy Chair John Lonsdale said: ‘Although boards are ultimately responsible for GRCA within their institutions, we have concluded that a higher degree of regulatory prescription and oversight is needed to achieve the requisite improvement in GRCA practices and community outcomes.”

This came a year after fellow regulator ASIC’s public unveiling of its ‘Why not litigate?’ approach.

In this new tougher era it is not surprising that in a recent KPMG survey, the regulatory environment was a top area of concern for CEOs. 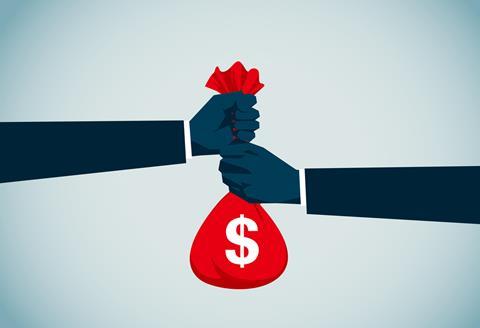 There are different concerns within this – part of the frustration also stems from the inadequate harmonisation of regulation across state and federal jurisdictions. Some leaders are also worried about dealing with the sometimes confusing and contradictory overlap or inconsistency between Australian and foreign regulation.

But most of the pressure stems from the sheer weight of new regulation coming online. Australia is very much in a regulation ‘on’ phase. If the community and government today believe a sector is not running well, there is a tendency to step in and regulate.

The crumbling trust in institutions and organisations has eroded the benefit of the doubt that used to allow business to attempt to solve its own problems.

Yet this is the environment in which Australian business is now operating. Gone are the days when regulatory change used to be preceded by extensive rounds of consultation with industry and relevant experts.

This trend toward more – and more stringent – regulation is almost guaranteed to continue well into the 2020s. Government will remain under community pressure to get tough, introduce more laws, and to enforce them more vigorously.

So if you’re one of the majority of business leaders who consider this to be area of concern how can you usefully approach the challenge heading into the next decade?

An element of this is looking to modernise, standardise and digitise existing legal, risk, regulatory, and compliance functions into a unified and proactive function that has regulator engagement and management as a core of its strategy.

Fundamental questions will need to be answered here. What is the right strategy for your organisation? Is it openness, transparency, and full engagement? Certainly this is common in jurisdictions like the US. American institutions, upon identifying a problem, will tend to self-report and then look to manage the rectification process in cooperation with the regulator.

But this requires a culture of trust between the regulator and the regulated. It’s fair to say such a culture is uncommon in many areas of Australian business, where a more antagonistic dynamic has tended to evolve.

So where does this leave Australian business leaders, given that maintaining a defensive crouch is hardly an appealing long-term prospect? One alternate option is to engage more with fellow organisations in the sector, as well as community stakeholders and consumer groups, and start mapping out what a modern, customer-centric approach – and regulatory framework – looks like for your particular industry.

Defining what good and ethical practice looks like through a customer-centricity lens is an area in which organisations have a uniquely powerful perspective.

If organisations engage openly and in good faith to define and pursue customer-centric reforms, it could open up pathways for industry and regulators to work together to come up with frameworks that work better for end-users and business alike.

Such engagement becomes particularly important when you consider a salient fact: the regulation onslaught has not really begun as yet. This trend towards more – and more stringent – regulation is almost guaranteed to continue well into the 2020s. This has been the lived experience in other jurisdictions like the UK.

Yet in many respects the new laws and tighter restrictions we are now seeing are a rear guard approach to old issues. We have not really begun to tackle the regulatory problems posed by new digital technologies like big data and artificial intelligence.

As the community and government become more cognisant of the risks and implications of emerging tech, regulation is sure to follow. But the process is very unlikely to be a tidy one.

After all, if large businesses – with their abundant resources, reach, and access to talent – are struggling with the vast implications of new tech how do we expect regulators to process the challenge?

The article was authored by Stuart Fuller, KPMG, global head of legal services