As the global cost of nat cat incidents rise to about $340bn, businesses would do well to create a robust plan. Allied World outline an essential action plan for typhoon preparedness – one of the most severe nat cat risks 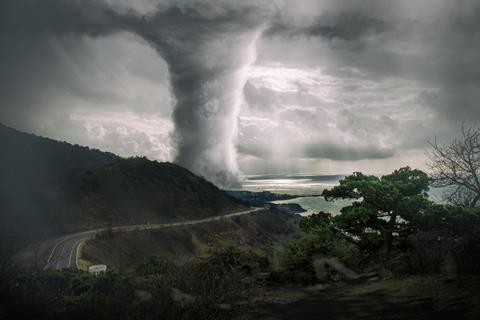 Asia-Pacific is a region most prone to natural catastrophes and evidence suggests that the frequency, severity and cost implications of such disasters are increasing.

Between 2014 and 2017, the region was hit with 55 earthquakes, 217 storms or cyclones and 236 cases of severe flooding. It is also at risk of landslides, tropical storms, tsunamis and volcano eruptions. These catastrophes have affected more than 650 million people, causing a death toll of more than 30,000.

For businesses, the risks are exacerbated by the concentration of commercial, logistics, manufacturing and construction hubs in countries such as the Philippines, Thailand, India and Bangladesh. The high density of critical supply chains in these countries mean that the consequences of nat cat interruption will be extreme.

Indeed, future infrastructure projects can learn a lot from past nat cat incidents that have destroyed large infrastructure. For instance, earthquakes in Palu, Indonesia in 2017, devastated hotels, shopping malls and countless houses with six-metre-high tsunami waves hitting the beach fronts shortly afterwards. The Palu earthquake is just one of many examples of the damage to infrastructure and reinforces the importance of preparedness (see box).

Some of the most devastating natural disasters in the region are cyclones. There are typically between 10 and 13 tropical cyclones in Australia each year, with another seven to nine in the Pacific region. Fiji alone has 3.4 cyclones that reach category three or above in any given year.

While typhoons and cyclones can hit at any time of year, the season in Asia generally occurs from June to November with a peak between August and October. For businesses in the region, it is critical to be cyclone-ready in order to minimise business interruption and loss.

“When these storms hit, they can lead to other devastating natural catastrophes that damage property and infrastructure,” says Paul Houston, vice-president, head of risk management, global markets at Allied World.

“As typhoons/cyclones can’t be prevented, it’s important to be proactive and not wait until the last minute. Being underprepared can lead to significant damage, while taking simple actions in advance can help minimise this.”

When a typhoon hits, businesses will have to contend with high winds, lots of rain, big waves, floods and landslides. Much of the property damage experienced is usually as a result of water and flying objects rather than the wind force itself.

Good preparedness can be split into three broad sections – actions to take before the season starts, tasks to be carried out in the first 36 hours before a storm hits and clear and defined processes for the aftermath.

Houston explains: “First you should assemble a typhoon preparedness team (TPT) made up of senior individuals and led by a project manager. Each member of the team should be allocated very specific tasks to perform, have the authority to implement these tasks and help precure all the necessary materials to minimise the damage.”

He adds: “At 36 to 24 hours before an event, you should be aware if a typhoon is likely. Each member of the team should head to a predetermined ‘control centre’, activate the typhoon plan and document, photograph and video the building to support any insurance claims.

“After the cyclone, the team should work together to repair, de-water and reconnect.”

Before the cyclone season

This article is sponsored by: