Interview: Inga Beale aims to get it right first time 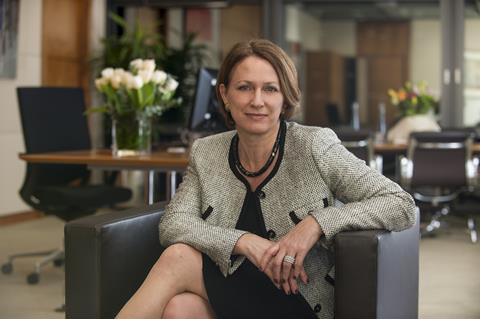 At a time when most industry insurtech innovators are opting for an agile approach to change, Lloyd’s is notably taking its time to get things right. But the need for speed and, at the very least, for keeping abreast of what impact outside forces are having on the industry are not lost on Lloyd’s chief executive Dame Inga Beale.

Beale outlines the changes the industry needs to make to maintain relevance, and the steps Lloyd’s is making to achieve this.

It’s impossible to talk about change at Lloyd’s without addressing the modernisation of its operating systems and processes. The Lloyd’s Target Operating Model (TOM) has been in the works since 2015, when it was agreed by the London Market Group and Lloyd’s Franchise Board.

Among other things, TOM provides global data standards. Its purpose is to be a platform for electronic processing that standardises transactions, effectively bringing markets around the globe closer together.

Beale flags unlikely mature market Australia as “one of the most technologically advanced insurance markets”, highlighting that it was one of the first markets to have automated underwriting, with only certain risks requiring an underwriter to provide individual attention.

Many emerging markets, however, are not seizing the opportunity to leapfrog tradition and move into technological processes, she says. “I thought that the culture might be different in some of these new markets and that we might be able to learn from them, but they seem to have taken on some of the older habits.”

When assessing why some newer markets have opted for traditional ways of working within the industry, there are several components to consider, she says.

Beale stresses that when it comes to engaging with modernisation through innovation, there is more at stake than just the uptake of new technology: it’s about global synergy.

While even China, renowned for its inward facing approach is now opening its borders to international trade, there are still countries that lean towards protectionism. Indonesia is an example, though Beale says that protectionism is becoming more prevalent in some more established markets, too.

“Take Germany: it has introduced a rule where reinsurers are not even able to [operate in] Germany unless they had a European base, or some sort of authorised office,” she says.

Beale is clear on her view of the negative impact that protectionism can have on a country, as well as on global markets.

“For countries that have high catastrophe exposures and other difficult exposures, if you don’t encourage cross-border activity, and you don’t allow diversification on a global basis, you end up with a concentration of risk that doesn’t benefit anyone. The government and taxpayers usually have to foot the bill within the country,” she says.

With this global market view, Lloyd’s is reacting to a changing world in several ways. One of them is its expansion into emerging markets. It’s the Pied Piper of insurance: where Lloyd’s goes, others follow, as its focus on an emerging region is a rubber stamp that there are viable opportunities to seize there. After launching in Dubai in 2015, Lloyd’s saw a 30% growth in this region in 2016. “When we started in Singapore nearly 16 years ago, we only had two syndicates there; we’ve now got 23. We started in Dubai only two years ago and we already have 11,” she says. “We see Saudi Arabia as being an important growth market in the future, and also North Africa.”

With the majority of the region’s activity still happening out of London, however, Beale stresses that it’s about the end game.

“The world is changing and Lloyd’s is reacting much more quickly to this changing world. We write $600m of business in the region, $90m of it from Dubai. The bulk of it is still written out of London, but this will start to change. We are looking at the medium- to long-term strategy – this is all about the long-term game,” she says.

As well as laying the foundations for global synergy from a geographical standpoint, Lloyd’s is taking stock of the impact of the next generation, particularly with regard to innovation and the industry maintaining relevance on a global stage.

Beale believes that the cultural shift needed to fully embrace a digital future within the industry will likely come from the next generation. But to facilitate this process, it’s essential that the powers that be tap into this pool of talent.

Lloyd’s has a reverse-mentorship scheme that enables leadership to hear – and learn – from this younger talent pool. “We tap directly into the under-35s community to get their input, their designs, their ideas regularly. I personally have a reverse mentor,” says Beale. “We’ve been engaging with this community in this way for about 18 months.”

Interesting questions arise from this process, she says. “They approach things differently. Some of us have been working in this sector for more than 30 years and believe there are certain ways to do things – they will just ask why. And that’s all they need to ask.”

According to Beale, the programme has had a positive impact on this community within Lloyd’s. “They feel empowered, they feel part of it, they feel influential. They know they’re important. It has all sorts of added benefits,” she says.

But as with new and emerging markets, if a young workforce’s enthusiasm to drive the industry forward is met with blockers, the industry will never be able to progressively keep up with a changing world.

With this in mind, Beale believes that until digital processes such as electronic signatures are recognised by regulators, there will always be a blocker to modernisation of the industry.

“There are quite a few regulatory requirements around the world still requiring something in paper format, usually with a signature. Unless regulators are prepared to modernise and understand that electronic commitments as signatures are as valid as the ones on paper, we’re never going to be able to adopt advancements such as robotics and move forward with technology.”

She adds: “I just think we’ve got to be a bit smarter. Every time something new comes along the regulators can’t say ‘this isn’t right’. They’ve got to be more adaptable; they’ve got to move with the times.”

Ultimately, regulators need cohesion across the globe to tackle the changing world around them just as much as the (re)insurers do – if not more.

“Where we struggle as an insurance industry to get aligned on using the same terminology, for example, you can imagine how much longer it will take the regulators. There’s a limit to how quickly we can expect regulators to combine on this.”

She adds: “There are certain standards that can be self-provided. If we all agree that we will obey these standards or will operate by these rules, then there is a certain amount that can be done before the regulators catch up.”

As a semi-regulator itself, Lloyd’s is not only aiming to bridge the gap between legacy and modernisation, it is also facilitating cultural change by using its position to make the industry more appealing to new talent.

“We have our own standards that we set, and we expect those that operate in the market to live up to them. We’re always making sure that we understand what best practice is, and we’re always looking to raise the bar in terms of professional standards.”

Beale says that new entrants into the industry have a strong desire for recognition and accreditation.

“When I speak to the new generation, they tell me that they want to work in a profession that is as recognised as, say, chartered accountancy. They’ve asked me to stipulate that underwriters in Lloyd’s are chartered underwriters. Mandating something such as this would be a new concept, although in Lloyd’s we do have a mandatory entry test.”

This is an interesting move from a generation renowned for its fluidity and transient approach to work and profession – a point that’s not lost on Beale, who clearly intends to pave the way for a new, innovative cohort.

What can be taken away from speaking to Beale on the industry’s approach to innovation is that, ultimately, technology is not the change; instead, it is the tool needed for a shift in culture and perspective.