Insurance buying budgets have been hit by tough market conditions as global oil companies suffer losses in the billions. One of those companies is Maersk Oil, which clocked up a loss of $2.1bn last year. The group’s risk manager speaks out on how the company is managing the risk 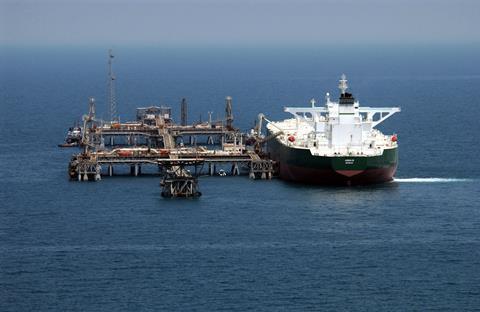 Falling oil prices have had detrimental effects on the energy industry. Numerous large oil projects have been shelved and tens of thousands of people have lost their jobs since the oil price started its slide in June 2014.

One of the companies affected is Maersk Oil, part of the Danish oil and shipping conglomerate AP Møller-Maersk Group. The business reporting a $2.1bn loss last year and wrote down the value of its oil assets by $2.6bn.

Maersk Oil had projected falls in oil prices as a significant risk – just not to the extent that the collapse eventually materialised. It has since taken steps to manage the fallout.

Speaking exclusively to StrategicRISK, Lars Henneberg, head of risk management at AP Møller-Maersk Group, says: “The group is seeking to mitigate the risk by continuing to be a top-quartile performer through cost-reduction programmes, as well as by renegotiating terms with authorities, partners and contractors to make projects more attractive.”

Oil giants including BP, Royal Dutch Shell and Chevron have also taken to ‘cost-reduction programmes’, announcing payroll cuts to save on expenditure.

In January, BP said it will cut 7,000 jobs over a two-year period. Last July, Chevron announced job cuts of 1,500 jobs, and Royal Dutch Shell will make 6,500 people redundant. In total, the energy sector laid off more than 258,000 workers globally in 2015, according to industry consultant Graves & Co.

The oil industry’s efforts to reduce costs have not bypassed insurance buying and risk management departments either.

“We have already seen several instances recently where, as a result of management directives, some of our major clients have significantly reduced their programme limits, with a corresponding dramatic reduction in premium spend.”

He adds: “A few months ago, one of our clients, a major integrated oil company based in North America, elected to cut their insurance programme limits by 50%, while other clients have been forced to consider scaling back on their own insurance programme aspirations.

“This of course has had a knock-on effect on the insurance market.”

Oil projects globally have also been put on hold.

Consulting firm Wood Mackenzie identified 68 large projects globally, with a combined value of $380bn, that have been put on hold because of the oil price collapse, including Canadian oil sands and deepwater offshore projects.

Angus Rodger, principal analyst, upstream research for Wood Mackenzie, explains: “For all 68 projects, there are multiple elements contributing to delay.

“Price is rarely the only factor slowing down final investment decisions – but it has exerted the strongest influence.”

It is likely these market conditions will persist for the foreseeable future, as oil prices are not expected to go up any time soon.

Indeed, the latest figures paint a dire picture. Crude oil prices, for example, are at their lowest level since the 1990s, having fallen more than 70% since June 2014, to stand at $30.77 per barrel on 18 February.

Overall, a combination of oversupply and soft demand are the cause of the price drop. Domestic production in the US has doubled over the past few years, reducing the need for oil imports and forcing oil producers in Saudi Arabia, Nigeria and Algeria to find new markets for their oil. They are all competing for market share in Asia, but to gain competitive edge they have had to drop their prices substantially. Meanwhile, oil production in Canada and Iraq is rising year after year and, following the lifting of sanctions, Iran is planning to start exporting oil too.

On top of all that, demand is lagging, since European and developing economies are struggling and vehicles are becoming more energy-efficient.

So, what is the answer for risk managers whose task is to manage this risk or at least limit the exposure?

Maersk Group’s Henneberg says: “The oil price risk is inherent in the businesses we operate in, and the best thing you can do is to try to understand the underlying supply and demand dynamics driving the oil price and establish a risk appetite within which you manage your investments and portfolio.”

The silver lining, if there is one, is cheap investments. As Henneberg put it, the current environment coupled with the group’s financial strength, could present opportunities to invest in oil assets at a low cost.