If your supply chain is morally suspect, this is how you should react

No major corporate condones unethical labour practices. So why are firms still getting caught up in scandals at the more opaque ends of their supply chain? 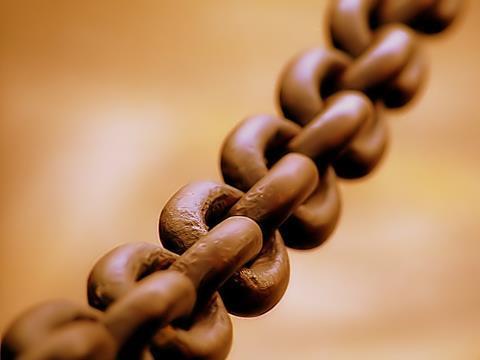 In January, Apple, Sony and Samsung made headlines for all the wrong reasons. Human rights organisation Amnesty accused them and others of failing to ensure minerals in their products are not mined by children. Though all three have stated zero tolerance for child labour, the incident highlights the potential financial and reputational impact of unethical activities in a supply chain.

In a special StrategicRISK survey about people risk, Asia-Pacific risk and insurance managers were asked how confident they were that their supply chain was acting ethically, on a scale of one (where unethical behaviour is non-existent) to five (where it is rife). The overall score was 3.44, indicating an above-average confidence in the supply chain, but with clear room for improvement.

One respondent said: “We engage a wide variety of suppliers, all with varying cultures, systems and values. While we have a comprehensive vendor assurance programme to mitigate risk, there is likely to be isolated incidents of unethical behaviour occurring.”

Cultural issues were highlighted too: “The organisation has set the tone from the top with a ‘zero tolerance’ on this issue. [But] the implementation of this policy defers between mature markets e.g. Hong Kong/ Australia (which are intolerant to unethical practices) to China (where unethical practices seem to be an accepted norm).”

Lockton Singapore’s CEO, Peter Jackson, agrees there are problems with local regulatory body enforcement. But ignorance of wrongdoing is no excuse: “Your ultimate aim is to have visibility all the way down [the supply chain]. In the food industry, for example, it’s a ‘field to fork’ mentality.”

Control Risks associate director, global issues, Jonathan Wood, says supplier networks’ locations are also significant. “If you’re dealing with contract manufacturing in South East Asia, [the issues] might be human rights-related, but if you’re dealing with contract manufacturing in Europe, they might be product diversion and organised crime-related,” he adds.” Approaching these issues “from a due diligence perspective and from a supplier chain auditing perspective are often quite similar skill sets”.

The scale of unethical labour is huge, with 168 million children – almost 13% of youngsters globally – engaged in child labour, according to Unicef. In addition, modern slavery affects 36 million people, the Global Slavery Index estimates.

RL Expert managing partner Leesa Soulodre says multinationals have long profited from lax labour standards: “Even after tragedies like the Foxconn suicides or the collapse of the textile factory in Bangladesh, the tolerance for systemic child labour violations or the lack of a living wage suggests that the price being paid is not high enough, despite the reputation risks.”

But new regulation could see that change. The UK’s Modern Slavery Act 2015 is designed to consolidate previous offences relating to trafficking and slavery. The EU is said to be considering similar regulation.

Soulodre wants to see “a collaborative process, with all stakeholders taking on responsibility. Company directors must demonstrate their fiduciary responsibility.

“Companies can do this through ramping up their commitments and holding suppliers accountable to a set of standards.

“Governments need to enforce the law. NGOs must continue to be the watchdog, reporting company breaches of child labour to communities. Media need to responsibly report it. Employees need to be the whistleblower and vote with their employment choices, and workers, consumers and investors need to vote with their cash.”

Jackson agrees that firms should use their clout. He says: “Large customers can use the fact that they’re buying millions of dollars of materials to make people change because of the economic hulk grip that they have. Having said that, if that’s the stick, then there’s got to be a carrot as well to reward people for doing the right things.”

HOW COMPANIES CAN STAMP OUT THE PROBLEM

1. Implement an early warning system to increase transparency and monitor risks and issues in all tiers of the supply chain.

2. Get the chief executive onboard. Use them to help actively propagate an organisational culture around the importance of a responsible supply chain and corporate social responsibility (CSR) programme. Without this, it will clearly fail.

3. Ensure all staff are educated on the programme and understand the individual consequences of using a factory that has not gone through the CSR audit process prior to any orders being placed.

4. Zero tolerance of the use of child labour in all tiers of your supply chain should be clearly articulated as part of the signed supplier code of conduct and checks for breaches must form a critical part of the ongoing factory audit process by a specialised independent third party.

Factor ‘outrage’ into your assessment. Implement a rating system and rate the supplier inside-out, based on their audit result (what they told you) and what your stakeholders have published (what others say about them). Understand their sensitivity to this topic as gauged by your risk intelligence. For example, a ‘red rating’ could be assigned when any one of the audit requirements have not been met for critical risk issues and when stakeholder outrage is low. In this case, it would require a completed corrective action plan to be submitted within a short timeframe, with a follow- up visit within 30-60 days to evaluate remediation of issues.

5. Make sure a regular audit cycle forms part of the ongoing programme and records and results are maintained in a central place, easily accessible by frontline staff. Ensure outrage is factored into the hazard and probability risk assessment.