How should companies prepare for an 'inevitable' product recall? 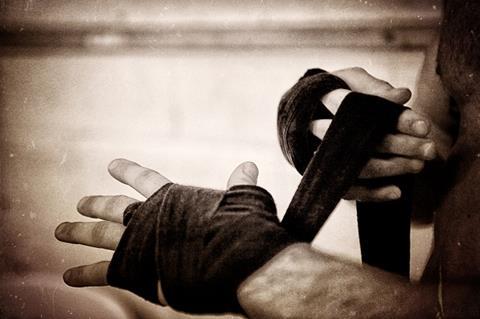 Product recall. Two words that generate fear for many companies as something to avoid at all costs.

But why is this so? Particularly when many companies assume a product recall is simply a process of getting a product back – reversing the logistics, if you will.

It is not the physical process of a recall, nor even necessarily the cost of a recall, that creates fear. It is the uncertainty of how stakeholders can react to recalls that gets many senior executives concerned. They see some companies conduct a product recall without problem, while others get their reputation dragged through the mud when an incident goes viral over social media or the media “sensationalise” an incident. They don’t feel as though the downward spiral is something they have control over, and hope the same doesn’t happen to them.

In my experience, most companies are woefully ill-prepared for conducting anything but a simple, straightforward recall. This is where the fear factor comes in.

While many companies have a plan – in fact, if you are in the food industry you are required to have a plan by law – those plans are often incomplete. While they often identify the people that will be involved, they generally provide little guidance to them as to how to go about doing anything other than their normal functional tasks. Similarly, while they often state a requirement to conduct a ‘mock recall’ every year, few companies do and if they do, it is generally a simple traceability exercise which they always seem to pass with flying colours.

In this article, I will explore the four key things all food and consumer goods companies must do to prepare for managing incidents and recalls and preventing crises. In short, these are: perspective, plan, people and practice.

When I worked for The Coca-Cola Company in Atlanta, one of my first jobs was to design and develop a global incident management program. It could be argued – and many media analysts and experts clearly held the view – that Coca-Cola was a crisis-prone company.

Let’s take the Belgium crisis of 1999 as an example, which led to all Coca-Cola products being removed from shelves across Belgium and parts of France. Two relatively minor quality problems had triggered what ultimately became a case study in how not to handle a crisis, still used in business management courses today.

In hindsight, we concluded that Coca-Cola had “comprehensively resolved the wrong problem”. Coca-Cola had taken a technical, logical approach to resolving what it thought was a minor quality problem. What it failed to consider was what was going on in Belgium and Europe at that time. In short, it didn’t have appropriate perspective.

Off the back of mad cow disease in Britain, the EU ban on Belgian agricultural exports owing to the dioxin crisis and the resignation of two of the country’s ministers, Belgian consumers were acutely aware of food safety issues at the time and had concerns about the safety of their food generally.

Amid that environment, a large foreign multinational was arguing that there was nothing wrong with their product, while Belgian TV showed images of schoolgirls sick after drinking Coke. Its response, while (arguably) technically correct, lacked appropriate perspective and did nothing to build confidence in its products in the way it was managing the incident.

In the months after the Belgium crisis, it was determined that the cause of the crisis was “mass sociogenic disorder”. As a result of all the food safety incidents going on around them, consumers lost trust in companies and regulators and believed what they saw in media to the point that it made a number of consumers physically sick, despite there being nothing wrong with the products they were consuming.

The fact remains that every food and consumer goods manufacturer, distributor or retailer will have a product-related incident. And when this happens, it needs to be fixed quickly and effectively. It may even lead to a product recall. This is the technical, logical approach to managing incidents and one that companies need to be good at.

If, however, the company does not respond quickly or appropriately, the incident can escalate into a brand crisis. If that happens, consumers, customers, regulators, the media, shareholders etc will not just focus on the product problem, but on the way the company is managing the problem.

The first area of perspective then is a predilection to act and act quickly. That doesn’t necessarily mean immediately jumping to a full scale recall on the first report of a problem. It means taking incidents seriously, investigating quickly but thoroughly, and erring on the side of caution when it seems a safety risk exists. It may mean you don’t have time to wait for every possible test result to come back, but you need to make key decisions using the information you do have.

The second area of perspective is understanding and managing the concerns and expectations of key stakeholders.

Understanding, anticipating and managing the concerns and expectations of stakeholders is one of the most important things you can do to prevent an incident escalating into a crisis. Regardless of whether you have answers or not, “no comment” is never an appropriate response. Your stakeholders want to know that you are managing the incident effectively.

The third area of perspective is understanding the market environment. As outlined above, Coca-Cola failed to understand the very real concerns of consumers in 1999 as well as the political environment that caused the Belgian government to act as it did to force Coke to remove its products from shelves. In hindsight, it should have taken the time to understand these external forces and act accordingly.

Perspective should inform a company’s response to an incident. It doesn’t matter what the incident is, your response strategy must consider not only the results of your investigation and assessment to determine the factual basis of the incident, but also include an analysis of the environment around you, and anticipate and manage stakeholder concerns and expectations. Tools or guides for this analysis should be an integral part of an effective plan.

I see dozens of incident, recall and crisis management plans a year. Some are five volume sets that look great on the bookshelf and are brought down for the auditor to tick a box. Some are two-page checklists. While I review plans against standards such as the International Standard for Product Recall and industry best practice, my primary concern is still answering the question “is it useful?”

A great example is the comment made by the managing director of a large food company after a meeting of his crisis management team. After the meeting he asked me how I thought they were going and one of the observations I made was that no one on the team had a copy of their crisis management plan in front of them. He replied “Plan? We’re in the midst of a crisis, I don’t have time to read a plan!”

Plans should provide good guidance to a management team and ensure that all key issues are addressed. It is so easy to miss something – a stakeholder that you leave out, a process that gets overlooked etc, and that something becomes a real problem later. While crisis management processes are intuitive when you have the luxury of sitting around a table without pressure, it is a very different matter when the phones are ringing and customers are demanding answers, staff requiring guidance etc.

My approach to incident, recall and crisis management plans is that they are good reference documents but they should include two- to three-page checklists that ensure all key issues are addressed as you work through each stage. The team should be familiar with the plan and their roles and responsibilities PRIOR to the incident, with the plan providing a reference point, key contact lists and a checklist to keep things on track.

A plan is not very useful unless you have people that can implement it. As mentioned, plans can be extensive documents and a potential crisis is not the right time to be reading it for the first time.

There are a plenty of examples of very smart, experienced executives saying, in hindsight, very stupid things when faced with a crisis. In my experience, senior executives say or do regrettable things, not because they are stupid but because of inexperience, lack of preparation and lack of informed advice to get another perspective. Inexperience can be resolved through either going through a real crisis, or going through a realistic simulation – more on that in the next section. Bad or no advice can be resolved by making sure you and your team have had some training on key capabilities, are familiar with your plan, and you have practiced the implementation of the plan.

There is an old saying that “practice makes perfect”. It’s unfortunately not a saying that applies to crisis management as every incident is different. After all, there are plenty of companies that have product recalls that are simple straightforward logistics exercises. Yet others seem to go pear-shaped quickly.

But practice will drastically decrease your odds of having a crisis if done properly. A good simulation will present you with realistic but perhaps unexpected responses from key stakeholders, or potentially introduce stakeholders you may have never thought about. It will present you with scenarios that you may not have thought about. One of the key characteristics of crises is surprise. Practice reduces the element of surprise.

Many companies, particularly food companies, conduct “mock recalls”. Unfortunately, these tend to be little more than internal traceability exercises conducted by the quality team, and often done to appease an auditor. Not surprisingly, the company tends to do very well. I know of a company that had no real idea of where its product had gone – two weeks after scoring ‘98%’ in its own mock recall. Don’t get me wrong; traceability is critically important and needs to be tested, but generally it is engagement (or lack of) with key external stakeholders that move a company from incident or recall to crisis.