How data analytics can help close the healthcare gap

As the global cost of healthcare skyrockets, employee benefits programmes are becoming increasingly costly. But there are ways to create sustainable schemes 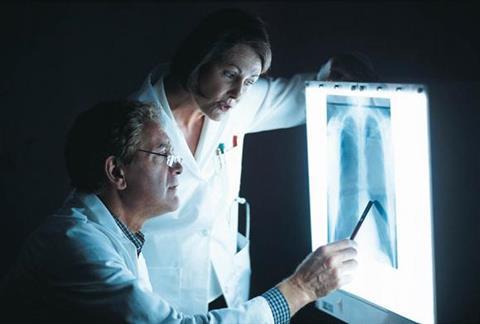 The year is 2065 and the provision of healthcare is almost unrecognisable to what it is today.

“Shoes will adapt their insoles for the perfect arch support to correct an individual’s gait as he or she goes. Cappuccinos will be served in a smart cup that calculates the calories of its contents, while ordinary-looking earrings track heart rate, noise levels and air quality. The information collected will be sent to tele-medical centres dotted across the globe.”

This is just part of the reality painted in a new report from Deloitte that looks at how the global healthcare system is quickly transforming. And when you combine these technology developments with the health needs of ageing and growing populations, the rising prevalence of chronic diseases, emerging-market expansion and infrastructure improvements, it’s no wonder that the global cost of healthcare is booming.

In fact, in Singapore, health care expenditure is projected to rise to $12bn in 2020 from an already lofty $9bn in 2015, according to the country’s finance minister Tharman Shanmugaratnam. It is now one of the top five most

expensive healthcare markets in the world according to the World Health Organization, with Hong Kong and China also ranking within the top-five list.

So what does that mean for firms today, particularly when many in Asia are increasingly using employee health and benefits programmes to manage one of the top risks facing their firms: the attraction and retention of quality staff?

“Previously, a lot of [risk managers] haven’t focused on the employee benefits sector as it has been viewed as a human resources domain,” according to Mercer-Marsh Benefits employee health and benefits Asia regional leader Joan Collar. “But as the cost of medical care in some Asian countries rises at rates of up to 30%, chief executives and chief financial officers are becoming much more involved in the negotiation and structure of their firm’s health care packages.”

Unfortunately, however, Collar says most organisations in Asia “don’t have a good grasp of the key leverages and drivers of their health care costs”.

“They will probably know what their loss ratios are; they’ll probably know that their healthcare premium the following year is going to go up by another 5%, 10% or 15% because that’s what their insurer or broker says. But what’s getting it there?”

Collar says smart firms are using data and analytics to understand things such as the yearly spend on treatments and services, the main hospital groups that people are going to and what sort of illnesses they are suffering from.

“Getting a really good, detailed understanding of the financial wellbeing of your healthcare spend is important so that you’re able to optimise that and design a sustainable programme, [and] look at how you can repurpose some of that spend into things like prevention programmes.”

Indeed, in the US, the cost savings and return on investment for prevention programmes is well accepted, according to Patrick Graham, Asia-Pacific chief executive at insurer Cigna.

“In the US, employers pay for [prevention and wellness programmes] because they know it saves them money. [But in Asia], nobody wants to pay up front. Our approach has been to partner with forward-thinking employers and basically give it to them for free to essentially build credibility and build a dataset which proves this also works in Asia,” he says.

And firms are starting to wise up to the benefits.

“Obviously the war for talent isn’t getting any easier and employers are increasingly looking at non-monetary ways of attracting and retaining the best employees and the best talent, and obviously the benefit packages are an

important part of that,” Graham says. “Typically, multinationals have long known that and they have looked to have some degree of standardisation across benefits from their home country to outposts they have throughout Asia. But increasingly we’re seeing a lot of domestic multinationals and larger SMEs also waking up to that fact.”

“It’s both a way for employers to offer customised solutions, meet their employees’ needs and also to control costs; in theory, everyone wins,” he says.

Graham agrees that firms must get better at using data. “Ultimately, the people that win in the broader health ecosystem are going to be the ones that leverage their data best,” he says.

Hotel group Shangri-la is one company using analytics to better understand the health and wellbeing of its employees. Group director of human resources Timothy Wright says he regularly reviews the use of the group’s medical benefits and looks for opportunities to better manage costs.

“From an employer’s perspective, it helps us try to set some strategies around better working conditions or activities that we can offer our employees to improve their health and hopefully reduce cost at the same time,” he says.

Shangri-la is using its analytics to monitor things such as health screens, and the use of annual leave and sick leave. “These are ways that we can have a perspective on the lifestyle of our people and, if necessary, intervene to try and educate, guide and counsel our employees,” Wright says.