Japan cleans up after floods and mudslides

Kyushu was worst hit, with some weather stations recording over 1,000mm of rain in less than a week

Meanwhile, tropical storm Omais has skirted Okinawa and is on a northeast track towards South Korea. According to Tropical Storm Risk, it has lost strength and been downgraded to a tropical depression.

The worst hit area was the Kyushu region, where some weather stations recorded more than 1,000mm (39in) of rain in less than a week.

Shinkansen bullet train services were disrupted and the Japan Meteorological Agency advised the evacuation of over a million people.

ICEYE’s Flood Monitoring Solution provides the industry with near real-time flood extent and depth data at the building level within 24 hours of the peak water level for a flood event. 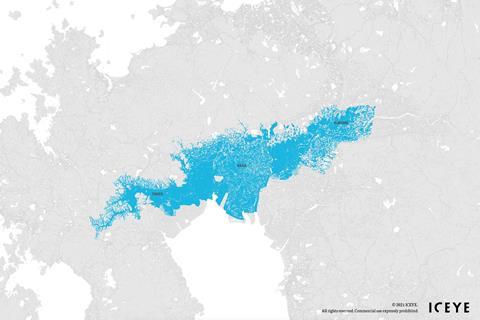