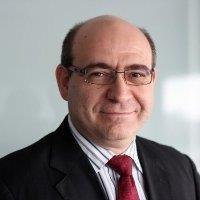 Generali has filled its Asia regional officer role that has been vacant since August.

Roberto Leonardi will now head up the region for the insurer, replacing former boss Jack Howell.

Howell was in the role for just over a year before being poached to Swiss insurer Zurich where he is now the Asia-Pacific head.

Leonardi joins from AXA Asia, where he was the insurer’s chief health and marketing officer.

In his new role, which is subject to regulatory approval, he will report to Frédéric de Courtois, chief executive of global business lines and international and be based in Hong Kong.

Leonardi will be responsible in growing and managing Generali’s Life and Property & Casualty insurance businesses in Asia.

Commenting on the appointment, de Courtois said: “Rob has the track record and technical knowledge to drive our Asia businesses to the next level.

“In particular, Rob’s experience in the health segment is a strategic fit to Generali’s ambitions of accelerating our efforts to become a leading player in an area where we already have significant market share and capability. The combination of his experience, drive and culture makes him an ideal fit for Generali’s next stage of growth.”

Leonardi added: “I am very excited to be part of an organisation which has a clear purpose to actively protect and enhance people’s lives, and I look forward to working with a talented and passionate team focused on building a strong platform for future growth and customer centricity.”