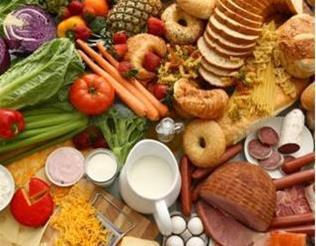 Global food supply chains have come back into the spotlight this week, following reports that the number of food recalls per year in the US has almost doubled since 2002.

Swiss Re’s Food Safety in a Globalised World report said the increase was due to regulatory changes and an increasingly globalised food supply chain.

“In a more globalised economy, ensuring the highest level of food safety is becoming an ever greater challenge for firms,” said Jayne Plunkett, head of casualty reinsurance at Swiss Re.

“Today ingredients and technologies are sourced worldwide. This leads to greater complexity for food manufacturers and consumer and regulatory demands on companies are continually increasing.”

The story is the same in Asia-Pacific, according to JLT Asia managing director – food and agribrusiness insurance practice Stephane Baldanoff.

He agreed that more stringent consumer product and food safety regulations are a key reason behind the increase in recalls since 2002. But he said the increase was also down to the significant rise in consumer demands and food production levels.

“This has resulted in much larger volumes of food products being traded and consumed,” he told StrategicRISK.

“These demands have been met by food companies purchasing ingredients from all corners of the world, but with this approach has come greater vulnerability of the safety and quality of the food supply chain. This has resulted in a jump in the number of cases involving contaminated or faulty products sold to consumers.”

WHO director general Dr Margaret Chan agreed that the increase in product recalls was, in part, due to the globalisation of food production supply chains.

“These changes introduce multiple new opportunities for food to become contaminated with harmful bacteria, viruses, parasites, or chemicals. A local food safety problem can rapidly become an international emergency. Investigation of an outbreak of food-borne disease is vastly more complicated when a single plate or package of food contains ingredients from multiple countries.”

The cost of a recall

India’s food safety regulator banned the company from sale over tests that it said showed the noodles contained excessive levels of lead.

The world’s biggest food company said it estimated the value of Maggi noodles withdrawn from the shelves at 3.2bn rupees ($50.5m).

According to Swiss Re’s study, more than half of all food recalls cost the affected companies more than $10m each. This figure excludes the reputational damage that may take a company years to recover from.

Product recalls can be triggered by many factors, from something as simple as a labelling error to a change in local authority legislation, government-imposed recalls, product mix-ups, or deliberate or accidental tampering.