Exclusive: Chubb’s Kendrick on how the merger is working 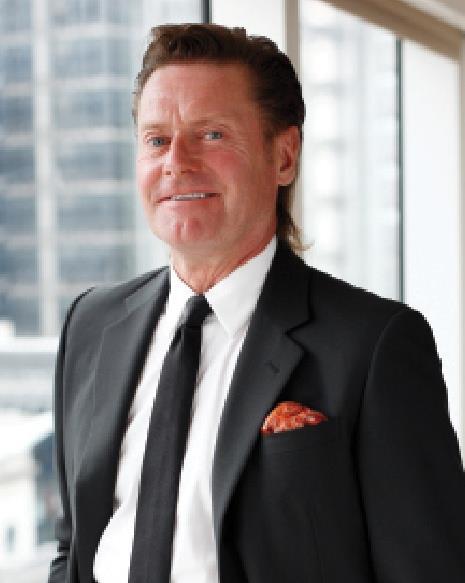 Andrew Kendrick smiles a lot – and to be fair, he has plenty to be pleased about. Five months after ACE’s $29.5bn formal takeover of Chubb completed, he has been busy reshaping and redefining the scope of the new business across Europe. In doing so, he presides over a merged entity that offers the scale, product and flexibility required to tackle the constantly changing needs of large corporate businesses, both now and in the future.

That is the theory, at least. In his role as senior vice president, Chubb Group and regional president, European Group, Kendrick’s task is both enormous and complicated, but it is also one he relishes.

As such, he has taken a very practical approach to managing the change, which he describes as a “long haul”.

“The whole integration process is a huge task, but it is one that we are all really getting to grips with,” he says. “It is exciting and enjoyable, but it is always a challenge to bring together two cultures.”

A shared underwriting culture was one of several “compelling reasons” for the merger, he says, not all of which were immediately obvious in Europe, but made them perfect partners nonetheless.

“In the US, both companies were nearly the same size. ACE was big in the multinational and agricultural space while Chubb was big in the middle market, so they complemented each other. At the outset, we did not see it would also be that way in Europe, but actually it is.

“ACE was a multinational/specialty insurer, Chubb was high-net-worth/middle market – both with different distribution models using different brokers. We have melded the two together and it has worked extraordinarily well for us.”

Some benefits of the merger are apparent already. “We now have many more products and the cross-sell opportunities are huge,” says Kendrick. “Chubb has brought a fantastic claims service – they are always getting accolades for their claims.

“They also have a strong service proposition, risk loss control and engineering. All of this, when matched with our product set, means the two come together extraordinarily well.”

He says the logic of the deal was recognised by the market immediately.

“There was an incredible reaction from people. What surprised me perhaps more than anything else was that within minutes of the announcement being made last July, I was getting emails from brokers and clients and also from our competitors, who told me it was an awesome deal and saw how powerful the new company would be,” he says.

Kendrick has travelled extensively since the merger, visiting every location in Europe where there is a legacy Chubb presence. Only a trip to the Nordics remains, and that is imminent.

“I have been working very closely with my legacy Chubb counterpart Jalil Rehman, who is now our chief business operations officer. He led me on a tour of the Chubb offices and it was fascinating to look at what Chubb do versus what we did.

“The logistics are simple: Chubb was probably about a third of the size of ACE, so in no country were they ever bigger than us, but they had an incredible niche that they have carved for themselves and it was particularly around distribution, and also around product – they were doing products we were not.

“When you get the two companies together in almost every country, suddenly you have more brokers we can deal through. And the brokers before previously only had access to legacy Chubb – now they have access to a broader, bigger and more powerful company. There are more products that we can sell through the various distribution channels and so it makes complete sense.

“We have been building on each other’s experience and this will support us across the board, not least with regard to some of the new solutions recently launched, such as the 24/7 Cyber Incident Response Service for European clients.

“We now also have a global facility for the right client where we can put out $100m of capacity for cyber.

“We have also developed a suite of transactional risk products to cover M&A risk. It just broadens our capability through different distribution channels and can only benefit the European customer base.”

With the group now operating solely under the Chubb name, the ACE brand has disappeared. Kendrick has no regrets, despite his 20-year association with the latter.

“When it was announced that we would be called Chubb, I spoke with a number of middle to lower managers who were passionate about keeping the ACE name. I told them they had to take a different perspective. Chubb was established in 1882, so it has been around for more than 100 years and it has that fantastic credibility around the world.

“The brand is very strong in the US but it also cascades into other territories too, so it made sense for us to use that.”

The new business is multi-faceted but its focus on clients is simple – promising “craftsmanship” and “superior service” as major selling points. But what does this mean in reality?

“We absolutely need to provide the right levels of service when dealing with multinational business,” says Kendrick. “ACE was always very focused on making sure it treated customers utterly fairly when it came down to claims, but Chubb has established its credibility over many years for probably being the best for claims services. So again we bring in that ethos and protect that image and that reputation by attaching it to claims handling.

“The craftsmanship aspect is really trying to examine what our proposition is to customers. When you look at risk generally, it is incredibly complex – there are all sorts of things going on in the world right now. We want to craft products for our client base to represent and reflect all the difficulties around any environment in which they operate.

“And because we care passionately – you may say this is glib, but we don’t think so – it is almost like we are artists, and artists love what they do. We love what we do. Therefore it becomes a craft, crafting that product, talking to your client almost as though you are sketching that picture as you sit next to them and understanding exactly what their needs are. So you are delivering this craftsmanship. Once you’ve got the product, then you back it up with superior service.

“Fundamentally, what it really comes down to is understanding your client and their needs.”

Kendrick is quick to acknowledge that those needs are changing rapidly as risks become more complicated and difficult to manage. This not only applies to technology and innovation, but also to other risks such as political uncertainty – even in Europe.

“You have to accept that volatility is the new normal,” he says. “You just don’t know what is going to happen. You have economic uncertainty and geopolitical uncertainty in a lot of areas. Brexit risk is just one example of this.”

Developing a strategy for some of these risks is rarely straightforward, but Kendrick believes Chubb is well placed to provide possible solutions.

“Companies like ours, who have much more capability and capacity, can provide the help and security to businesses that are dealing with potentially volatile situations, whether it is political, terrorism or violence.

“It is a very difficult, very uncertain environment for our customers in Europe. We recognise this and are out there to help and try and do as much as we can for our clients.”

In the week the Chubb deal was announced, ACE released its latest Emerging Risks Barometer after surveying risk manager clients across Europe. Technology, supply chain and regulatory and compliance risk headed the list and, 10 months on, Kendrick believes these remain the main challenges for companies in Europe “based on what they feel and what they experience”.

Getting the board’s attention

Effective risk management is crucial to keeping these risks under control, he says.

“Corporates need to understand that if they don’t take risk management seriously, then they will be exposed to uncertainty and, with the benefit of hindsight, will realise that they should or could have protected themselves.”

Giving risk managers a “seat at the boardroom table” or at least getting an audience with the board is critical. Kendrick believes that the only way to achieve this is to improve the professional standing of risk managers. “There is no reason why a risk manager should not be seen the same way as a lawyer or an accountant or actuary because the numbers and the data they hold is enormous,” he says. “The professionalism of risk managers needs to be recognised properly and I don’t think that we do this well enough.”

Risk management is far more than just being about insurance, Kendrick says. “It is about raising awareness of risk at board level. Insurance can solve a lot of those risks although not all of them – but together, client, insurer, broker each play a part in making us understand what the issues are.

“We can help the risk manager define some of the exposures out there and help them get a better audience with the board.”

Being in tune with technology and data should be a mandatory prerequisite for the risk manager skill set. “You need to embrace technology and learn how to interpret data and what that means for your company – and also be an innovator,” says Kendrick.

This is crucial to cope with the changing risk landscape, particularly intangible risks. “Risk is so pervasive. Years ago, the main risk was ‘could my property burn down?’ and that was it, so risk has changed phenomenally over the last century or so and will continue to do so.”

Insurers too must be innovative and prepared to learn, he adds.

“I go back too far and can remember the market underpriced satellite insurance hugely when it first came out because we just did not know or understand the risks. We were trying to be brave, but I think now there is much more data available to help us understand more about intangible risk. We have to address intangible risks, but there needs to be that massive data exchange and understanding on both sides that this is not going to be easy.”

Kendrick accepts that risk professionals, brokers and insurers need to move with the times to stay relevant. Brokers, he believes, are “ahead of the curve” when it comes to innovation. But what about insurers?

“It requires so much more to be relevant than it used to – it is not just about size,” says Kendrick. “Strength of balance sheet, product, innovation, relationship, service, claims record – all of these must come to the forefront.

“If you are not doing those things, then what are you?” he asks, smiling again. “You are going to be Woolworths!”