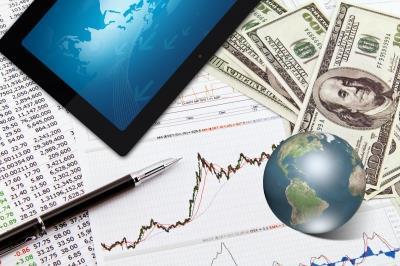 More than 145 of Asia’s top risk professionals have provided StrategicRISK with a definitive list of the challenges that they believe are most likely to affect their businesses in coming months. Furthermore, they have also revealed the risks that would have the biggest financial consequences were they to occur.

Perhaps the most intriguing movements can be seen for the risks ranked from seven to 10, all of which entered the top 10 list for the first time. These are ‘currency/FX risk’ (7), ‘contractual risk’ (8), ‘failure of critical IT systems’ (9) and ‘failure to innovate’ (10).

This shift meant that the following risks dropped out of the top 10: ‘political risk’, ‘price of materials/commodities’, ‘loss of customer/critical data’ and ‘pandemic’.

InterContinental Hotels Group head of risk, greater China, Keith Xia told StrategicRISK that the changes in the top 10 list were “a reflection of this year’s economic environment and people’s minds changing regarding the big things that happened over the year”.

“The changes are very interesting as people’s common perception of risk can be changed easily by the external exposure and their knowledge about the risk,” he said. “For example, if the currency did not change so significantly, there might be fewer companies that list this as a top risk, except for the companies who are truly sensitive to currency.”

Interestingly, the number one risk of ‘economic conditions’ has been rated as more of a problem in 2015 than it was in last year’s survey. Assistant director of the Office of Enterprise Risk Management at Singapore’s Nanyang Technological University, Jeffrey Yeo, told SR last year that the interconnectivity of the world’s leading economies was such that the state of health of one had ripple effects on the others. This year’s results, he argues, reflect this fact more than ever.

“In fact, risks arising from economic conditions regionally and globally will always be the top most concern of any corporate entities,” Yeo said. “Especially for those entities with global presence, the company’s strategic directions and goals are greatly shaped by what’s happening and most importantly what’s `evolving’ around the regions due to that interconnectivity.”

Australia-based Scentre Group chief risk officer Eamonn Cunningham said that economic conditions were “challenging and most would think that the conditions will persist for some time”.

“While general confidence appears to be recovering there is some volatility associated with this,” he added.

Last year, Cunningham told SR that he thought terrorism risk should have been in the top 10, as well as supply chain interconnectivity – and he still feels this way.

“With respect to terrorism, the threat is still imminent and shows no signs of abating,” he explained. “This is not an issue for any one country or region or indeed any particular industry, it is a risk shared by all.

“With respect to supply chain, this still remains a significant risk in my view given the increased level of interconnectivity in the supply chain process.”

He was not, however, surprised by the jump in the rating for cyber risk. “All enterprises should regard this as a matter of ‘when’ rather than ‘if’,” Cunningham said.

PARIMA’s Taiwanese representative and associate vice president in the risk management and auditing office of Qisda, Danny Lin, said several events “such as Target, Sony Picture, iCloud show that cyber attacks are on the rise worldwide against all industries”.

Chief security officer and advisor for Microsoft Asia and PARIMA board member Pierre Noel knows all about this challenge and said the jump in rankings for cyber risk was “recognition of the intensity of the problem, as well as the lack of visibility from the majority of organisations”.

Noel said he particularly appreciated the entrance of ‘failure of critical IT systems’ and ‘failure to innovate’ in the top 10, which underlined the “critical importance of IT infrastructure in everything we do”.

“Failure to innovate is a consequence of the shake-up that is happening in several industries, such as taxis with Uber and hospitality with AirBnB,” he said. “I know that other industries such as banks and insurance are wondering what’s next for them, and feel the pressure to innovate very rapidly.”

Second vice-president of the Risk and Insurance Management Association of Singapore and convenor of Singapore’s National Risk Management Working Group Daniel Tan Kuan Wei told SR last year that he thought failure to innovate should be in the top 10.

“Finally!” he said about its appearance in the top 10 this year. “This risk should have already been in the list. This is absolutely critical for organisations to constantly produce new products or services that meet customers’ needs or innovate internal processes to be more efficient and agile. No product or service has an unlimited shelf life.”

One shock for Kuan Wei was the disappearance of ‘pandemic risk’ from the top 10. “I am surprised this dropped out,” he said. “While risk managers might feel better prepared, it is still a risk not be underestimated given its severe ramifications on the general population.”

A total of 148 of the region’s top corporate risk and insurance managers took part in the 2015 StrategicRISK Asia-Pacific Benchmark Survey, which provides risk professionals with comparative data and additional material to enable them to benchmark their risk priorities, roles and salaries with others in the profession.

See tomorrow’s PARIMA daily for more highlights from the survey, particularly issues concerned with the connectivity of risks.