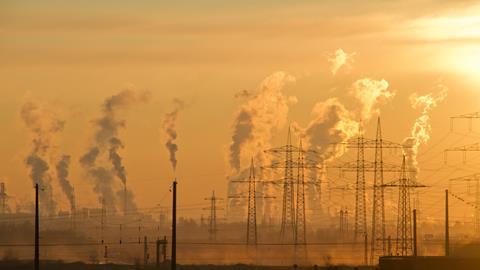 The risks around us are evolving faster than our reactions, the World Economic Forum warns

The sustainability of the planet and the dangers of cyber-attacks were the main risk areas under the spotlight, intensifying and escalating over the past year. Economic and geopolitical risks followed suit.

Environmental risk also loomed large in the 2018 report due to an increase in extreme weather events, natural disasters and a failure to properly mitigate and adapt to climate-change effects.

“There is a ‘too little too late’ response with regards to climate change,” stated Alison Martin, group chief risk officer at Zurich Insurance Group.

Last year’s events were not only characterised by more intense hurricane and typhoon seasons in peak risk areas, such as the Caribbean or Southeast Asia, but also by wildfires in Portugal and floods in California.

The loss of biodiversity and a compromised ecosystem are also worrying factors, speakers said. The report mentioned 90% of the world’s population now lives with polluted air.

“The pace of change has been accelerating,” said Margareta Drzeniek Hanouz, head of economic progress at the World Economic Forum.

The trend exposed by the WEF is a triangular interconnectedness between social instability, technological innovation and underemployment which generates common global risks that need to be tackled.

“The time companies spent on the S&P 500 index has decreased to an average of 12 years,” said John Drzik, president of global risk and digital at Marsh.

Signs of strain are evident in many of the systems we rely on and they may lose their capacity to rebound over time, the report warned.

The rise in cyber threats, such as the WannaCry virus and others, confirmed this scenario.

“We are seeing state-sponsored attacks on top of financial attacks that were already there,” argued Drzik.

Richard Samans, member of the managing board of the WEF, agreed: “Cyber risk is the most rapidly emerging form of risk.”

The relatively new phenomenon of sophisticated cyber-attacks has taken most companies (and governments) by surprise. Only a third of companies are prepared against a major attack, according to Drzik.

“National cyber agencies have less resources than needed and cyber costs are estimated to be much higher than the costs of natural catastrophes,” he added.

New regulation, notably General Data Protection Regulation (GDPR) in Europe is to be enforced from May 2018, adding to the impetus for vulnerable companies to find the right tools to get a grip on cyber risk.

“GDPR might help in re-examining the risk assessments already in place and create a spill-over effect,” Drzik said.

“Risk managers should gradually shift their attention and resources to response mechanisms rather than prevention,” he continued.

In a hypothetical scenario, it is impossible to prevent all possible cyber threats from breaking through, but a general response system can be put in place to react when these events occur.

Is the insurance sector well placed to adapt to the new environment?

“The cyber insurance market is relatively small in relation to the risk. Insurance companies can offer up to a billion dollars cover for companies but there is still a long way to go,” Drzik explained.

Due to an improvement in economic growth, risks associated with the economy have been less prominent, although they are still there.

Indebtedness remains a big issue, all speakers underlined. The total non-financial sector debt across the G-20 bloc of the biggest economies went from $80trn in 2007 to $135trn in 2016, the report observed.

The discussion around inequality – a source of political uncertainty – took another turn.

“While global inequality is down, within-country inequality is an increasingly corrosive problem in many places. Over the past three decades 53% of countries have seen an increase in income inequality, with this trend particularly pronounced in advanced economies,” the report stated.

“Wage and compensation levels have been declining whereas asset prices have increased considerably,” noted Richard Samans, head of global agenda at the WEF. “Public Private Cooperation is ever more important for the risks we face today,” he added.

Drzik at Marsh concluded: “Looking forward we should be aiming at enhancing constructive multilateral cooperation because your own security depends on the security of others.”

Tensions between the global institutional framework and the pace of change in the 21st century could be dramatic, the report warned, hinting at societal instability to come.

“Think even of the ethical value systems that shape behaviour within and between countries, and the unpredictability that can result when there is a re-evaluation of what is acceptable and unacceptable,” said the WEF.

Downloand the WEF report at https://www.weforum.org/reports/the-global-risks-report-2018