From China and Trump to Brexit and Brussels, political risks continue to concern global businesses in 2019. How have companies adapted? And what are the biggest fears for the rest of the year?

US President Donald Trump began Monday, May 6 in typical fashion. He took to Twitter in the early hours of the morning to make public threats against China, escalating the high-stakes trade war between the two global superpowers which has left economists fearing a global economic downturn. He proclaimed to his followers: “The United States has been losing, for many years, 600 to 800 billion Dollars a year on trade. With China we lose 500 Billion Dollars. Sorry, we’re not going to be doing that any more!”

The US President has shown no sign of backing down after launching an aggressive trade war against China in early 2018. The President has outlined plans to double tariffs on $200 billion of Chinese goods, while China has introduced its own tariffs since the beginning of 2018. The trade war has left global companies and risk professionals scrambling to assess the impact on supply chains and consumer demand. Like so many other political risks in 2019, market observers are unsure whether things will get better or worse.

The US-China trade war is one of several global political risks facing multinational companies in 2019. Nearly every global company has deep connections with the US and China, and the trade war has already damaged political relations between China and allies of the US. The ongoing friction is yet to cause an economic catastrophe, but multinationals are on alert. 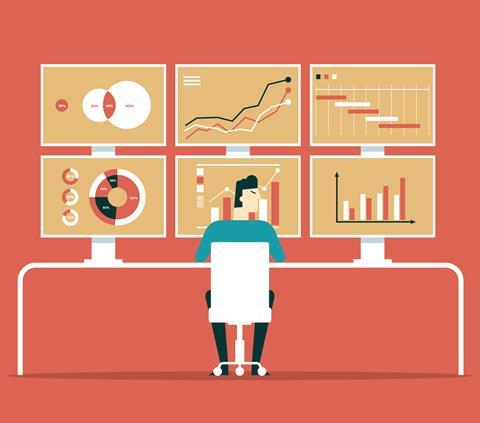 The recent furore over Chinese telecommunications company Huawei competing to build 5G networks in the UK and Australasia has further fanned the flames, raising the prospect of retaliation and obstruction of free trade. A host of other political risks continue to haunt risk managers, including lone-wolf terrorism, recessionary political instability, Brexit, and state-sponsored cyber attacks. Many of these issues have been on the horizon for several years, but are tough to mitigate.

According to advisory firm PwC, 2019 has marked a “risk realignment” for global businesses. Policy uncertainty, trade conflicts, and cyber threats have given CEOs cause for anxiety over the course of the year. US-China relations, rising nationalism, and geopolitical tensions were cited as some of the biggest political risks facing companies right now. According to PwC, 88% of CEOs expressed concerns about the US-China trade conflict.

According to PWC, global companies have adjusted their supply chain management during the trade war. “The ripple effects of the current China-U.S. trade relations are by no means confined to China…Disruption is already playing out around the globe, as companies diversify their customer and supplier bases, accelerate procurement schedules, and turn inward in search of growth.

“Nowhere are these trends more apparent than in China, where, according to the CEO survey, local businesses are shifting their focus to the domestic market, where the middle class is burgeoning, and to markets in Africa, the Middle East and Southeast Asia,” the company said in a recent risk report.

Martin Baghdadi, a director at Control Risks, says the US-China trade war has impacted different countries in different ways, with a notable impact on Canada following its arrest of a Huawei executive. He believes the trade tensions mark an “ideological” shift in US politics. “Where Obama was frustrated with China, we now have Trump enforcing tariffs, from a government which is deeply suspicious with China, and not just from a trade perspective.”

Baghdadi fears the trade wars will have a significant and detrimental impact on global economic growth. “The IMF has said if Washington and Beijing continue like this, it will push US GDP down by 0.6%, and China’s GDP by 1.5%. Those are scary statistics.”

Baghdadi said Asia-Pacific companies had begun to adapt to the new trade environment by channelling goods and services through Vietnam. “Some countries are benefiting as companies try to untangle economic links.”

He predicts some US allies with strong links to China, such as Australia, will be forced “to choose their alliances” as the trade wars intensify. He predicts the trade wars will cause particular upheaval for Asia-Pacific businesses. “There is concern at board level. Companies want to know where they stand and where their business stands in China.”

Risk consultant Eamonn Cunningham believes the US-China trade war will damage the global economy. “They say that if the US retail sector gets the flu, China gets a heavy flu. The miners in Australia will get pneumonia. There is a lot of brinkmanship going on. People are playing poker with some very big chips on the table.”

Cunningham said the trade war had prompted risk managers to “think twice” about their strategic plans. “If you’re a rational business owner, you’re looking at this and saying ‘my god, the outcome here could be disastrous’. The likelihood of a not-so-pleasant outcome might be quite low, but risk managers must multiply the impact by the likelihood. It’s a very large impact we are talking about. You can’t help but sit up and take notice.” 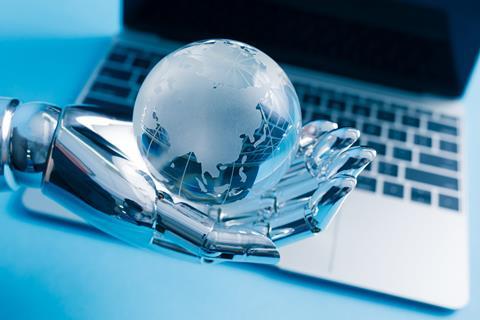 Cunningham said risk managers need to think about “the risk of uncertainty”. “It puts a dampener on the future, and that is certainly evident in the retail sector, with low consumer confidence. It also impacts the industrial levels, and companies are putting brakes on capital expenditure.”

Cunningham said risk managers should not view political risk in isolation. “You can’t just talk about the old fashioned suite of political risk. If you look broadly, clearly terrorism has reared its ugly head, and that has major ramifications. In the context of this, there is a resurgence of advocates promoting an ultra far-right philosophy, and greater acceptance of populist parties, in Germany and Italy, for example.”

Baghdadi is also concerned about potential “lone-wolf” terrorist attacks across the globe, following the recent devastations in New Zealand and Sri Lanka. “I would not be surprised if there was an uptick in lone wolf attacks following the disbanding of Isis fighters in Syria and Iraq.”

Cunningham says polarising politics and the emergence of nationalist governments have made it a more challenging business environment: “There’s a greater acceptance of populist parties gaining momentum in Europe. The impact of all this isn’t always clear. It is difficult for large multinationals trying to plan and mitigate risk.”

Risk consultant Chris Corless says the rise of protectionism should be viewed as a key political risk. “Politically the continued rise of protectionism and its impact on the various elections globally is a concern, because of its potential impact on global trade. The continued growth of separation between the haves and the have-nots and the broader ‘us vs. them’ will continue to drive further populist agendas, and a further reduction in global growth.

Cunningham believes political tensions influence cyber risk, following a series of state-sponsored cyber attacks in recent years. “We’re in a whole new ball game with politically motivated cyber hazards. I’d expect companies to be looking at this, and they will dismiss this concept at their peril,” he added.

In Europe, Brexit remains the focal political risk. While risk managers expected the issue to be finalised this year, there appears to be no end in sight. Britain has extended its deadline to leave the EU to October 31, but the British government’s exit plan has been rejected several times by cross-party politicians.

The British economy has slowed, forcing businesses across Europe to revise their plans. Risk managers fear further chaos in the months ahead with the distinct possibility of a ‘hard’ Brexit, in which Britain would leave without a European trade deal.

Hans Læssøe, founder of Danish risk consultancy Aktus, says Brexit is one of the leading political risks on the continent. “Both sides of the [UK Parliament] focus on party politics with little or no inclination to find common ground, which they should have done years ago. I still fear a hard/no deal Brexit with a huge impact on business than we are currently thinking – plus the consequences of a significant decline in GDP over the next years.”

While political stalemates are unwelcome enough, concerning economic trends could also influence political risk in the coming year. Global central banks from the US to New Zealand have abandoned plans to raise interest rates amid weak economic growth and inflation. The risk of a global downturn has increased over the year.

Economic issues are known to impact political stability, and Baghdadi of Control Risks believes we could see greater political upheaval if the economy worsens. In 2017, when global GDP hit 3.8%, Control Risks raised its political risk rating on seven countries. So far in 2019, with global GDP set to fall to 3.3%, the firm has raised the risk rating of five countries already.

Cunningham said it would be difficult for central banks to support economies, and agreed with Baghdadi that slow growth could heighten political risks. “The capacity of central banks to use monetary policy is more limited. The risk of an economic downturn needs to be on the register of every risk manager. That needs to be connected to potential political fallout, particularly when a country is in the middle of an election.”