China’s Belt and Road Initiative, first announced by President Xi Jinping in 2013, is a global strategy designed to connect the Asian superpower with key trading partners across Asia, Africa and Europe. The major project aims to boost economic growth and integration between China and other nations. Roads, railways, bridges, tunnels, and shipping lanes are planned across the continents, as China invests heavily in global infrastructure.

The huge BRI initiative is expected to require investments of more than $1 trillion, and aims to revive the ‘Silk Road’, an ancient network of trading routes said to have been used by Chinese dynasties thousands of years ago. China is planning or carrying out construction projects in more than 60 different countries as part of the plan.

President Xi’s signature foreign policy initiative presents an exciting opportunity for infrastructure developers and construction companies. But despite its vast potential, the World Bank fears the BRI could be hampered by transparency and corruption risks that are common to major infrastructure projects.

According to a June report from the World Bank, China needs to adopt “deeper policy reforms” to combat corruption, a lack of transparency, and environmental and social risks, if BRI is to be a real success. The report pointed to opaque deals favouring Chinese companies and questioned the openness of procurement processes.

“Mitigating these risks will require improvements in data reporting and transparency-especially around debt. It will require open government procurement and adherence to high social and environmental standards,” the report says.

The World Bank says the BRI risks environmental damage, debt and corruption if improvements are not made.

“These risks could be exacerbated by the limited transparency and openness of the initiative, and the weak economic fundamentals and governance of several participating countries,” the report says.

The World Bank called on China to improve transparency and put “ambitious reforms” in place.

“Achieving its full potential will depend on the establishment of policies and institutions that will mitigate risks and support complementary reforms.”

China has downplayed fears the BRI could be high-risk. The Chinese government hosted its second Belt and Road Forum for International Cooperation in April. At the conference, China launched an “Open and Clean BRI” initiative to promote its transparency and integrity. The country promises the BRI will adhere to the UN Convention Against Corruption.

Yet major infrastructure projects are complex and fraught with risks. Transparency and corruption are among the top concerns shared by senior risk professionals. 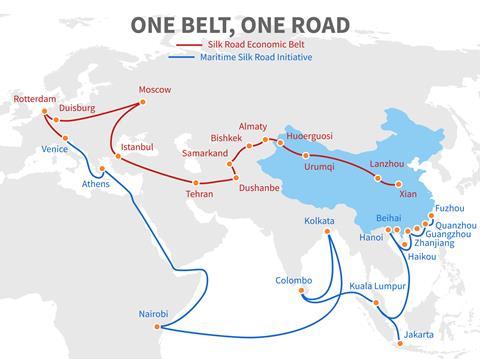 Vladimir Kilinkarov PhD, head of the Rusian PPP (Public-Private Partnerships) Practice for law firm Dentons Europe, says corruption and transparency issues in infrastructure projects begin at the tender stage. He says this is a common issue in emerging markets.

Kilinkarov says: “The first transparency issue accompanying most major infrastructure projects in emerging markets relates to the development of the tender documentation. The easiest way for an unfair participant to ensure a good position in the tender is to lobby restrictive requirements.”

He adds restrictive requirements on “the financial condition of participants” as well as requirements on technologies, materials and equipment, can restrict the number of competing parties.

Kilinkarov says governments should develop “standard recommendations” for tenders. He believes tenders should be overseen by an “antitrust public service”, “which should be more or less strict depending on the condition of competition in a particular market”

“In emerging markets, major infra projects can be divided between a number of powerful groups, and the infrastructure in these countries can show signs of oligopoly dominated by a number of companies, groups or oligarchs which try to restrict access to the market for others,” he says.

He adds: “In these cases, corruption is a way to maintain this oligopoly and status quo between competing groups. We may see corruption traces in the tender documentation, tender evaluation, contract terms and conditions, and changing the contract in favour of the contractor.”

“Large projects are worst,” said one risk manager at a leading European construction company, who asked not to be named. “They are all so complex and have the same challenges. Infra projects that are criticized by the public also present more challenges, with potential sabotage.”

The risk manager said criminal activity was also a common risk on major projects, in both developed and emerging markets.

“The main risk in larger projects is the potential presence of black labour, followed by fake invoicing. We know the construction industry attracts criminals, so a constant follow-up and background check-up on subcontractors are essential.”

The risk manager said having a “tight HR process” when recruiting staff was “crucial”.

“Failing with recruiting the right staff, and the risk of appointing criminals in projects will most definitely lead to a vaguer control of subcontractors and suppliers,” the risk manager added.

While it is challenging to mitigate transparency and corruption risks on major infrastructure projects, Kilinkarov believes developers and national governments can take steps to minimise potential issues.

“The first is using respectful tender practices, such as the ones used by international financial institutions (IFC, EBRD). The second is the government’s effective control of granting the projects and their implementation. And the third is developing competition in construction and other infrastructure industries, giving access to different national and foreign investors,” Kilinkarov adds.