Cyber breach in Asia? Don’t respond like you’re in the US 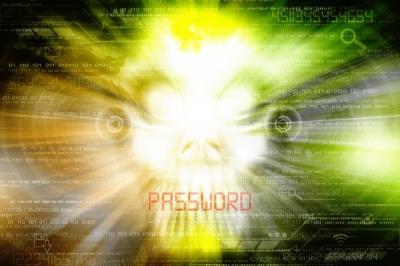 SQL injection attacks, hijacked e-commerce applications, social engineering attempts, or man-in-the-middle attacks: the tactics employed by malicious hackers are similar the world over and certainly do not change because of where victim companies may be located.

However, for many US-based multinationals, the instinct to run all breach investigations from headquarters in the same uniform manner, regardless of where the attack takes place, can be a big mistake. This is especially true for Asia.

Asia has a unique regulatory environment that is different to that in the US. For example, companies dealing with a breach in America will need to notify all affected parties in strictly prescribed ways. They will usually conduct investigations under attorney-client privilege because they anticipate getting interest from regulators and getting sued civilly. Additionally, notification requirements all but guarantee that the media will hear about the breach, leading to significant public relations headaches as well as potential damage to the brand.

In contrast, the cyber breach environment in Asia varies from jurisdiction to jurisdiction, typically lacks any public notification requirements, and the applicable regulatory framework varies depending on where the breach took place and the nature of data affected.

Where there is a regulatory environment in place, typically the relationship with regulators is less adversarial; as the regulator encourages early reporting. Substantive reports to regulators are beneficial in that the company is seen as more competent and acting with good will to prevent future recurrences. Finally, the comparative lack of class action litigation in Asia means that civil litigation is rarely pursued by individual litigants, as the losses are too small and the cost of litigation, in relative terms, too high.

The lack of public notice in many jurisdictions in Asia means that many breaches go unnoticed by the media. The infrequency of media attention, however, is a double-edged sword. On the one hand, if a company investigates quickly and effectively, the breach may stay under the media’s radar. On the other hand, if the breach is picked up by the media, the damage is more intense because news of breaches in Asia is rare. In the US such news has become quite frequent and a breached company joins a large club of breached peers.

How to customize data breach response for Asian operations

Do not deal with the data breach in Asia as you would with one in the US. You will waste time and resources preparing for issues that don’t exist in Asia. Instead, the following steps are a better way to approach data breaches in this part of the world:

Have a crisis communications specialist firm on retainer, so you can activate their services as soon as the issue occurs. Also ensure you have a crisis hotline with your professional advisers.

While data breaches can quickly launch companies into crisis mode, don’t forget that regulatory environments differ from country to country in Asia, so prepare accordingly for maximum success. The best way to ensure a successful result from a breach is to use investigative and legal resources that have global technical skills, but local knowledge and insight.