Cross border risk: 'We have to think through the unthinkable'

As ever more businesses go global, the old adage has never been truer: you may not be interested in politics, but politics is interested in you 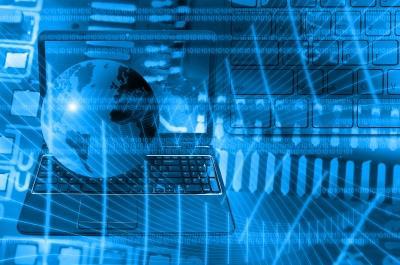 When it comes to politics, 2016 has been quite a year. The UK’s vote to leave the European Union and Donald Trump’s improbable election as US president both confounded the pollsters and pundits, creating risks that seemed highly improbable not so long ago.

Brexit has bought into question the future of the world’s biggest single market; and while it is too early to say exactly where the US is heading, Trump has at least announced that it will not be signing the Trans- Pacific Partnership (TPP).

Exporting to new countries means more opportunities, but also greater risks. This is especially true when it comes to political and regulatory risks, which are bigger issues than they were a year ago.

So, what are corporations across Asia to make of the year of change? And are risk managers ready?

“As multinational businesses become more interconnected, cross-border risks are becoming increasingly more prevalent and, as a result, have the potential to be devastating.”

In many cases, companies do not have a clear understanding or an enterprise-wide approach to managing such risks, he adds.

“Today, more than ever, as companies expand their business operations into new areas of the world, managing cross-border risks is critical and failing to do so can have serious consequences.”

Jason Rance, senior partner at Control Risks, says a number of major cross-border risks need to be considered when carrying out international transactions. These can be either politically motivated or operational in nature.

“The first and perhaps most obvious risk is currency instability and the inability to trust that the currency will retain its value and purchasing power,” he explains. “There is also politically motivated risk that can be seen through the existence of non-tariff barriers, such as quotas, embargoes and sanctions, as well as the rising potential for arbitrary imposition.

“For example, we have seen the complete ban on Norwegian fish imports into China after they awarded the Nobel Peace Prize to a Chinese dissident.”

Rance says that with political and regulatory risks attached to cross-border transactions, there are clear signs from the EU and particularly the US that risks will not be reducing. “For example, we witnessed the EU trade deal with the Canadians that was fraught with difficulty, as well as the obstacles we are seeing in the ratification of the TPP.”

So, how are risk managers adapting to this changing political and regulatory landscape?

McHarg says partnering with an experienced insurer with a robust multinational network and platform is critical in helping multinationals achieve their objectives: “In our work with risk managers, we find they quickly realise the benefits of engaging early with their broker and insurer in a well thought-out, end-to-end process that includes all stakeholders and delivers expertise in tax, legal, treasury, capital management and local country operations.

“The risk managers we work with truly value the territorial requirement analysis and timeline that are part of our multinational end-to-end process.”

He says this includes specifying deliverables, due dates, roles and responsibilities, while a timeline ensures stakeholders are aligned and co-ordinated. The main way in which Rance has seen risk managers preparing for the changing landscape is, he says, in the diversification of production bases, where they are engaging in the ‘China plus one’ strategy.

International SOS chief risk officer Franck Baron, who chairs the Pan-Asia Risk and Insurance Management Association, says risk professionals are meant to be equipped with tools designed to support this challenge, such as risk mapping and risk financing.

“The lines of communication between risk management personnel, decision-makers and business development, sales and operations are even more critical in this space,” he notes.

How, then, does the future look like for cross-border risk? “In today’s world, global expansion is becoming an economic imperative,” says McHarg. “Whereas in 1990, the number of multinational companies was estimated at 30,000, today that estimate has increased more than sixfold to over 193,000.

“The key drivers of that expansion – technology, travel, knowledge-sharing, foreign competition, shrinking of economic borders and creating competitive advantages – will continue to drive companies to expand their businesses across borders.”

Rance points out that the future of cross-border risk is to some extent unknown, but thinks it will be more erratic. “The US traditionally has acted as the main arbiter of global free trade,” he says. “However, it is fairly clear that they no longer see much domestic value in pursuing that leadership role.”

Baron thinks recent geopolitical trends are adding uncertainty to the political risk map. “This should raise the level of global political risk, which is already at a peak. The same applies to all black swan-type events: risk professionals are supposed to be equipped to identify them and cope with it.

“The gradual weakening of the European construction through Brexit and Trump’s election are two sides of the same coin. The message is also that we have to think through the unthinkable.”

Germany heads to the polls in 2017, as does its sidekick, France. Early polls suggest far-right candidate Marine Le Pen has a chance of becoming the French president. In 12 months, Brexit and Trump might seem like entrées to a developing era of vast political risk.