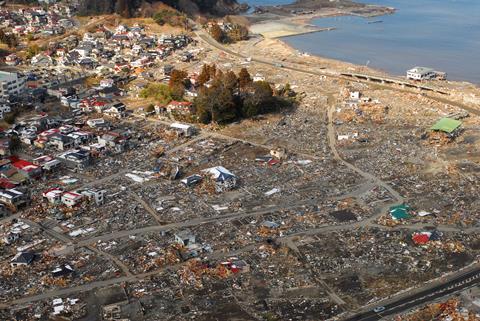 Catastrophe modelling firm AIR Worldwide has updated its earthquake model for Japan to include insights gained from the Great Tohoku earthquake of March 2011, which yielded a vast amount of ground motion data, damage observations, and detailed claims data.

AIR said its model represented the industry’s first and currently only comprehensive view of seismic risk in Japan post-Tohoku.

In addition to capturing the complex seismicity of Japan and the changes that took place as a result of the Tohoku event, the updated model incorporates losses due to tsunami and liquefaction as well as ground shaking and fire following.

Dr Jayanta Guin, senior vice president of research and modelling at AIR Worldwide said: “AIR seismologists undertook an intensive re-examination of information from various sources, including physical and statistical models that calculate how the Tohoku rupture affected stress accumulation on nearby faults.

“The Tohoku event had important implications for our understanding of seismic risk in Japan and has also highlighted the importance of explicitly modelling earthquake-associated perils like tsunami and liquefaction.”

The updated earthquake model features an improved understanding of the seismicity on the Kanto Plain, home to some of the largest concentrations of exposure, including Tokyo.

The new model also reflects a more thorough understanding of subduction zone segmentation and the possibility of multisegment ruptures as well as a new formulation of plate geometry where the Pacific and Philippine plates interface beneath the Kanto Plain.