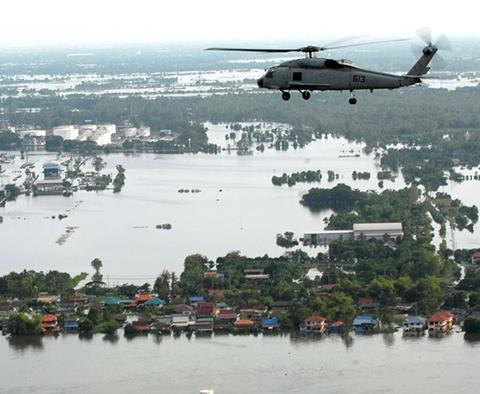 A failure to address climate change is the number one risk to global businesses in the next 10 years, according to the World Economic Forum’s (WEF) Global Risks Report 2016.

This is the first time since the report was published in 2006 that an environmental risk has topped the ranking of having the greatest potential impact to business.

The WEF defines a global risk as “an uncertain event or condition that, if it occurs, can cause significant negative impact for several countries or industries within the next 10 years”.

He said that most risk managers were concerned with “immediate, known risks”, or those risks where exposure could be managed through insurance.

He advised risk managers to “look at the WEF Global Risks Report and think what gems of information they can use from it to assist in their thinking and reports”.

“We use it to deploy our (enterprise risk management) update; we look at the economic, technological and environmental risks (from the WEF report) and put those through our pragmatic lens to see what’s relevant to us,” Cunningham said. “The WEF Report should be just one of the tools risk managers use.”

A lack of mitigation around climate change could also exacerbate a subset of risks such as geopolitical threats, the report said.

Speaking at the launch of the report, Zurich chief risk officer Cecilia Reyes said: “The more political conflicts there are, the more difficult it is to meet the challenge of finding globally co-ordinated solutions to resolve climate change and therefore mitigate climate risk. The [potential consequences] of climate change, including food crises and the withdrawal of clean water, exacerbates geopolitical risks and the security [threats].

“A study by the Proceedings of the National Academy of Sciences in the US points to strong evidence that the 2007-2010 Syrian drought was actually one of the big triggers of the conflict that we see in Syria today.”

She added that, more than ever, climate change is triggering more risks, such as water crises, economic growth, societal cohesion, and peace and security.

“Mitigation is, therefore, necessary but [adapting to climate change] is more vital, because we are already feeling and experiencing the effects of climate change today,” Reyes said.

In terms of the likelihood of risk occurrence, large-scale involuntary migration was cited as the number one risk this year, followed by extreme weather events, failure to mitigate and adapt to climate change, interstate conflict with regional consequences and major natural catastrophes.

A number of risks are projected to increase in likelihood, from environmental threats to societal risks, geopolitics and technology.

It is the first time that four out of five categories (environmental, geopolitical, societal and economic) feature among the top five risks with the greatest impact. The only category that did not feature in this particular ranking is technological risk, where the highest ranking risk is cyber attack, which featured in 11th position in terms of likelihood and impact.

But technological risk could be a potential black swan event.

Although cyber attacks has risen slightly in terms of likelihood and impact in 2016, others, including failure of critical information infrastructure, have declined as a risk in the eyes of experts.

Technological crises have yet to affect economies or securities in a systemic way, but the risk still remains high, something that potentially may not have been fully priced in by experts.

This would appear to be the view of a growing number of business leaders. The World Economic Forum’s separate survey of business leaders found cyber attacks to be the top risk in no fewer than eight countries, including the US, Japan, Germany, Switzerland and Singapore.