Climate change is affecting the world, and Asia is feeling it more than most

As the World Economic Forum places extreme weather events at the top of its ‘most likely’ risk list, how can Asian businesses protect themselves? 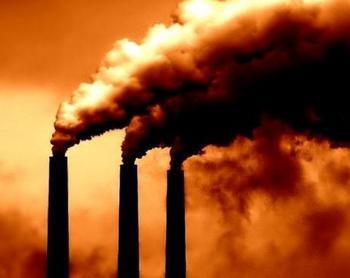 The number of natural disasters hitting Asia has grown more than sixfold in less than 60 years. In 1960, just 22 were reported. Last year, the figure was 141.

At the same time, the bill for dealing with the a ermath of such events has rocketed. So too has the economic cost of business interruption.

In response to the increased effects of climate change, the World Economic Forum (WEF) highlighted extreme weather events as the number-one global risk for 2017, in terms of likelihood. It had been ranked second for each of the past three years.

The WEF’s Global Risks Report also listed weather-related events among the risks most likely to have the biggest impact on the global stage, second only to weapons of mass destruction.

Lloyd’s Asia Pacific chief executive officer Kent Chaplin says the impact of such risks in Asia will be exacerbated by the nature of the region’s economy.

“Climate change is a risk to businesses and communities worldwide. If unmitigated, climate change is predicted to cost the world economy around 20% of global GDP by the end of this century,” he says. “This is an acute risk for Asia as the region is more vulnerable to natural catastrophes than any other part of the world.

“Many Asian economies are at important stages of development and natural catastrophes are a clear risk to that development. Climate change can also have a greater impact on developing economies as they typically have a larger dependence on climate- sensitive sectors like agriculture.”

“The first risk Asian organisations are facing is the lack of awareness and integration of climate change into their risk management frameworks,” he says.

“It is usually poorly integrated and not su iciently proactively managed.

“There are some companies who are integrating climate change into their risk management frameworks, but the vast majority of companies across Asia are not taking this into account. When it is implemented, it is often very compliance-driven, so they sometimes miss the link to operational risks such as business continuity or resilience.”

Dr Chris Brierley, of University College London’s Environmental Change Research Centre, says the changing climate is also affecting where future storms will occur. He cites the movement of the Indian monsoon’s band of heavy rain as a clear example of its influence.

“The band of rain will still happen, and it will get more intense, but the location of such important features is much harder to know and being able to say exactly how much these bands will move is awkward,” he says.

“The risk we are seeing is that some of these storms are happening in new areas already. Individual weather events are now starting to happen that we can attribute to elements of climate change.”

According to Baron, this uncertainty means risk managers need to be focusing on business resilience and agility, rather than just trying to put mitigative measures in place for specific risks.

“Risk management should help organisations to think outside of the box,” he says. “The next thing that is going to happen may not have happened before, so risk managers need to think about managing resilience, business continuity and agility to cope with an incident or catastrophe, whatever the form of the crisis.

“The level of uncertainty is becoming larger, so it is not about trying to list all the scenarios, it is more about ensuring an organisation is su iciently agile to cope with the need for better resiliency.”

And with new US president Donald Trump cancelling agreements to combat climate change and even calling the science behind it into question, Brierley says he is worried for the future of our planet.

“There is insufficient being done and I fear we are going to end up with what the UN has described as a dangerous climate,” he says. “There was a big agreement in Paris last year where we agreed we are going to aim for a 1.5 degree increase in global mean temperatures, and certainly well below two degrees, and it will need a lot of effort just to get to even two or 2.5 degrees.

“On the other hand, the fact that the Paris agreement happened at all is very positive – it shows we are going to do something. Before that, I felt that globally we were ignoring the problem and even if Trump and the big capitalists are against it, we have agreed that at some point we will be keeping the level of carbon and greenhouse gas emissions at zero.”

Brierley is cautiously optimistic that organisations will, in time, see the business case for taking action.

“If you are a coal company and accept that at some point, any emissions coming from the burning of coal will need to be captured,” he says, “then you can either take the decision to make as much money as possible now, knowing that the whole business model dies at some point in the future, or take the decision that ‘I need to invest now in technology that can capture those emissions’.

“That results in changing perceptions as to what the future holds.”