Check into a career with prospects 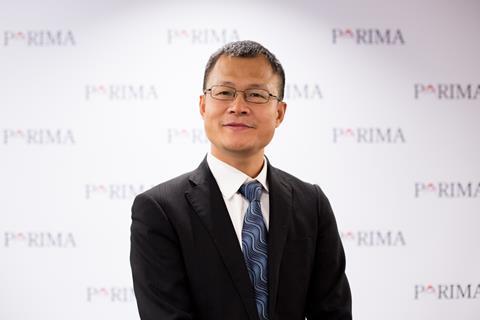 With thousands of hotels around the world, it would be easy to think that the properties themselves are InterContinental Hotels Group’s (IHG) biggest asset. But they’re not.

“We’re a hotel company, but actually our biggest asset is our brand,” explains Keith Xia, IHG’s head of risk management in Greater China.

Xia, who is also a Parima China board member, says the main purpose of his team is to protect the trust and reputation of IHG and its brands. With more than 5,000 hotels around the world, that’s a sizeable job.

Xia has worked for the hotel group for the past five years, but like many risk and insurance professionals, he didn’t start out in the industry. After graduating with engineering and advertising degrees from Shanghai’s Tongji University, he took up a position as a designer at an engineering firm, where he stayed for three years.

Xia says he was attracted to the prestige image of insurance work – one that, sadly, is not found much in other parts of the world. But he soon realised there was far more to the industry than its shiny exterior when he landed a role as a risk engineer at RSA.

In this job, he says, “you’re [working in] different industries and underwriting different risks and you connect with many different people. You can actually have a wider view of the economy and the world.”

After a year at RSA, Xia moved to insurance broking – first with Marsh and then with Willis – to get closer to the client and understand their risks in more depth.

But after nearly 10 years in the industry, he was tired of the consulting role. “You just describe to the client what’s the risk and how to prevent these risks and assess them,” he says. “But you really want to deeply look at your recommendations and whether they can be embedded into a business organisation.”

In short, Xia wanted to put his theory into practice.

And where better to do that than at IHG, he thought. “It’s a risk manager role, but the jobs we’re doing are quite different from the traditional risk manager role, especially in China,” he says. Since 2011, he has been part of the business reputation and responsibility unit, reporting to the group’s global risk management team.

Together, the unit has a big job. Globally, IHG has nearly 5,000 hotels, in about 100 countries and territories, and with 161 million guest nights per year. It’s a unique business model, though. Only a handful of the hotels are owned by the group, with the vast majority operated on a franchise basis and managed by IHG on behalf of the hotel owners.

Within Xia’s remit of Greater China, he is responsible for about 270 hotels in Hong Kong, Macau, Taiwan and the People’s Republic. But rapid growth in the region means that the precise number can change weekly.

Overall, the number is set to increase, as the region has been singled out by head office as a key area for growth. “Risk management needs to play an important role in protecting the IHG brand and reputation in China in this expansion,” Xia says.

With such a large and moving asset base, his risks are vast, often complex and changing. A team of five works with him in Shanghai to manage and implement the global risk management strategies and adapt them to the local markets.

Insurance is handled through the group’s two captives and a global programme out of its London headquarters.

“Our role covers the overall hotel life-cycle, from the hotel design and construction – we embed risk and control points to build the hotel safely – and also during the operation stage,” he says.

“We work with the operational team to implement the risk requirements and when a crisis happens, we also facilitate the response.

“In every hotel, incidents or accidents could happen during the daily operation,” he adds. “It’s the nature of the business, not necessarily your fault or negligence.”

So, what’s keeping Xia busy at the moment? He says regulation, people and reputation are all at the top of his risk list. “In China, we have some changing regulations this year, so we spend lots of our effort embracing change,” he adds.

A new counter-terrorism law came into effect on 1 January. Last year, a new national security law was enacted, as were other legislative initiatives related to national security and cyber security. The security laws have significantly impacted the hotel industry. “If you cannot produce [guest] IDs properly, you could get penalties,” Xia explains.

Food safety legislation and crackdowns on bribery and corruption have also impacted the industry, as has an updated tourism law on hotel liability.

People risk is another complex issue for the hotel group, especially as it expands into new regions where the talent pool is smaller.

Xia adds: “Generation Y is somewhat reluctant to be working at the hotels and also the hotel [staff] turnover overall is very high.” To help mitigate this risk, the group has developed internal training and development programmes and developed the IHG Academy, partnering with schools and encouraging students to work for the company upon graduation.

At the other end of the people risk scale is owner engagement. “In China,” says Xia, “the [hotel] owner is different to other regions and they get more involved with hotel operations. They’re eager to learn how to run a hotel business but sometimes they [are] involved too much and sometimes that’s a liability.”

Unlike hoteliers in some other countries, he doesn’t view the peer-to-peer homestay network Airbnb as a threat. It is “not very popular in China”, he says. “The majority of our travellers are Chinese and we do not like to stay in someone else’s home when we travel in China due to the safe and security concerns.”

Globally, the risk of Airbnb is being addressed, Xia says, but China is still “very much” viewed as a region with significant development potential for the group.

That said, he doesn’t deny that the pace of change within the industry is faster and more complex than ever before, particularly when it comes to protecting the group’s reputation. “The risk environment that

we operate in can be difficult to predict and is rapidly changing,” he says. “This means there are so many risks that could impact the group’s brands and reputation – more than ever before.”

So, what does it take to manage the reputation of a global hotel brand, particularly in an age where bad news travels fast thanks to the likes of TripAdvisor and social media? “No matter how good your reputation is, there’s always opportunities to improve it, as one small incident can quickly spread across the whole brand,” he says.

Working with the Reputation Institute, the group is assessing how its hotels are regarded, measuring stakeholder feedback via methods that range from media monitoring to questionnaires. The results of this will enable the risk team to implement strategies to boost reputation resilience.

The group’s risk culture is key to the success of this, Xia says. “One of the factors we [use] when judging whether a hotel is mature in terms of risk is whether they regularly report incidents or not.

“Of course we also have some auditing to find out whether they’re actually telling us the truth or not, but in general we create a culture that encourages them to report and help in solving the issue.”

“China is still developing,” he says. “So many companies are more focused on expanding and getting more business and less are thinking about the risk.”

However, he says China’s economic slowdown presents an opportunity for risk managers to show their value in “how to protect or mitigate the company risk, should the economy come crashing further down”.

Currently, Parima has about 100 members in China. Most of these work at global firms, where there is a greater requirement for risk management and appreciation of the function’s benefits. Xia’s aim is to boost China’s membership numbers in 2017, with help from his fellow board member Sharon Shi, head of risk and insurance at BMW Brilliance, based in Beijing.

Owing to the scarcity of specific risk management job functions in China, particularly within domestic companies, it’s likely that the two will face challenges.

“At the moment in China, there are not many risk managers,” Xia says.

“Many risk management functions are controlled by a finance controller, or sometimes even HR, or someone from the legal or compliance department.”

Further education, training and networking events are also on the agenda for Xia and Parima China.

“Risk and insurance has some way to go here in China but actually Parima is the way to go. We needed a platform for the sharing of knowledge and experiences. That’s why I joined Parima and the risk managers here are very eager to learn.”

Certainly at the StrategicRISK/Parima events in China earlier this year, the passion for improving risk management was clear.

And it’s this momentum that Xia will continue to build on in his drive to push the risk management industry, and the profession, further.