After 30 years at Scentre Group, chief risk officer Eamonn Cunningham is retiring. StrategicRISK looks at why the insurance world is so fond of him 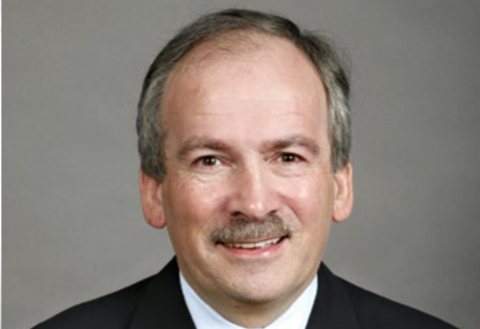 Not too many people can lay claim to working for a company through three decades of evolution and growth. But one of Australia’s most respected risk professionals, Scentre Group chief risk officer Eamonn Cunningham, can do just that as he celebrates his retirement.

Cunningham will step down on 31 March from his post with the group, which now manages and develops Westfield shopping centres in Australia and New Zealand. He will be missed not just by those at Scentre Group, but by the many that have worked with him to advance risk management in Australia and around the world.

One person who has worked with Cunningham for almost his entire career at Westfield, and now Scentre Group, is Marsh multinational client service global leader David Bidmead.

He says Cunningham has been “a major catalyst for redefining the role and value of the risk management function in Australia and elsewhere around the world”.

“Eamonn moved Westfield along the risk continuum from simple procurement of insurance to a truly holistic, enterprise-wide view of risk,” says Bidmead.

“He is curious, taking time to empathise with the diverse views of others as he seeks to aggressively represent the requirements of a company that he has served well for 30 years.”

“Eamonn established a reputation not only within our business, but across the broader risk community, as being one of the most respected practitioners in his field,” says Scentre Group chief executive Peter Allen.

It all began in 1986 when Cunningham left his role as an accountant at PricewaterhouseCoopers to take up a position at Westfield as the group’s internal audit manager. His job as an administrator was “just to buy the insurance”. But his inquisitive nature led him to ask fundamental questions about why the group was purchasing a particular insurance policy and whether there were other ways they could protect themselves.

This kind of attitude and dedication saw Cunningham quickly move up the corporate ladder to become vice-president global risk management for the group, with responsibility for risk management in the New Zealand, US and UK businesses. He was appointed chief risk officer in 2005.

Fast-forward to the attacks on New York in September 2011, when Cunningham experienced one of the most formidable challenges of his career. Westfield had purchased its interest in the World Trade Center just a few weeks before 9/11, and Cunningham played a pivitol role from an insurance perspective in ensuring the group was not financially impacted.

Cunningham’s work in the risk and insurance management field has not gone unnoticed.

In 2010, he won the Risk Manager of the Year Award at the Australia and New Zealand Insurance Industry Awards, and in 2014 his name was added to the global Risk Management Honor Roll, announced at the Risk and Insurance Management Society (RIMS) annual conference. Cunningham’s legacy extends far beyond his professional remit, however.

“Eamonn is, without question, one of the most considered and thoughtful people I’ve had the pleasure of working with. He’s the reliable ‘cool head in a crisis’ and the embodiment of our DNA,” Allen says.

“‘Tough but fair’ is a term I’ve heard repeated many times over the years – Eamonn’s role as a trusted advisor, innate sense of what’s right and how to best represent Westfield and Scentre Group from a risk perspective is unrivalled.”

Bidmead says: “Eamonn is extremely detail- orientated, data-driven in this decision-making and uncompromising about successful execution. He values key relationships and has invested much time in the development of key relationships with some of the world’s leading risk and insurance professionals.”

Indeed, as of 2012, Cunningham was instrumental in building a local RIMS chapter from scratch, creating what is the region’s most recognised risk association.

“He can be proud that he has made RIMS Australasia what it is today,” says the group’s Australasia president, Brad Tymmons.

“He understands the importance of value and commitment to our members and industry partners. Importantly for them, he has been a part of a board that has, from the very start, maintained a very high level of corporate governance, commitment and open engagement.

“What members and industry partners don’t see is his constant work behind the scenes, meeting with RIMS executives and board members in the US to deliver solutions and continuously improve the experience for our members and industry partners.” Tymmons adds that Cunningham “is relentless, he is challenging, he operates with 100% integrity and he has an innate ability to navigate through complexity to clarity”.

“Without doubt he is one of the best mentors I have met for those aspiring to be a successful CRO,” he says.

And it’s not just in Australia that Cunningham has made his mark. In the UK, Association of Insurance and Risk Managers in Industry and Commerce (Airmic) technical director Julia Graham says “distance and time zones have not been a barrier” for Cunningham in a professional or personal sense.

“Mentor to young professionals and senior managers, active in risk management associations, and an opinion-former in broker and insurer advisory councils, Eamonn has extended his professional influence across Australia, Asia-Pacific and globally,” she says.

“If I’ve needed someone to sound out on a problem, a favour to ask when writing a book, an opinion to seek on a technical subject, Eamonn has always been interested and found the time to help.

“He is one of the greatest examples of a risk professional and a true risk leader. It has been my privilege to call him colleague and friend.”

Or as Bidmead says: “We are better risk and insurance professionals because of Eamonn Cunningham.”