In the midst of another devastating drought, Australia is bearing the brutal reality of climate change. For our farming industry to survive, we need to act smarter and sooner.

In 1908, Australian poet Dorothea Mackellar wrote the now infamous words: “I love a sunburnt country, a land of sweeping plains, of ragged mountain ranges, of droughts and flooding rains.” Mackellar was reflecting upon the Federation Drought, which engulfed us from the late 1800s until 1902. The Sydney Basin water supply came close to running dry and the Darling River dried up completely. By 1902, Australia’s sheep population had dropped by 50% and cattle by more than 40%.

Fast-forward 110 years and Australia is again in the grips of one of the worst droughts on record. Livestock and crops are dying daily and bushfires are raging across many parts of the country. Ross Bradstock, the director of the Centre for Environmental Risk Management of Bushfires at the University of Wollongong, told the Guardian: “We have to rethink the way we live.”

This is hardly news; climatologists have been preaching this for many decades. Environmental risk is on every risk manager’s radar. Extreme weather events and natural catastrophes consistently take number one and two positions in ‘top 10 risks’ lists. But what are we actually doing about this huge concern? 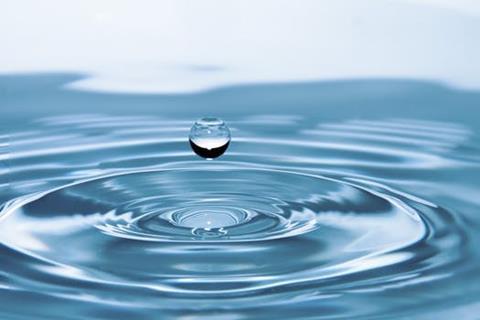 Some pundits say Australia was not built for agriculture and we should stop without delay. In the short term, this would indeed cut the never-ending cycle of drought and flood that ruins crops and causes livestock suffering. After all, Mother Nature can’t hurt what isn’t there.

In the long term, however, we will likely increase our financial legacy costs. According to figures from the University of Queensland, we produce far more than we consume domestically, selling around 65% of farm produce overseas. Australia is a leading food-exporting nation and contributes to the food security of itself and many other nations. Bradstock is right though; we do need to change the way we live. But we need to work smarter and more efficiently rather than changing course altogether.

Ten years ago, during the last drought, Sydney built a desalination plant that has subsequently become an embarrassing big fat white elephant, sitting on the coast with nothing to do. The NSW government is now toying with plans to fire it up to assist with the current drought. In the future, instead of waiting until the situation is dire, we should look at ways to move the plant’s output to where it is needed long before animals starve to death and crops die.

What I am ultimately talking about here is short-term gain/long-term pain versus short-term pain/long-term gain; something risk managers battle on a daily basis. Risk management is about looking at all the information to hand and deciding where the risk threshold is. Australia has hit its risk threshold. It is time to admit we need to change. And let’s face it, by admitting you have a problem you’re already halfway there.

Read our latest edition below