All set for whatever nature has planned

With natural catastrophes mauling Asia for another year and insurance payouts falling short again, a collective effort is needed to solve the crisis 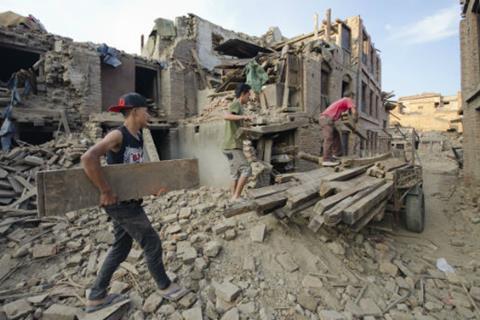 In October alone, South Korea and the Philippines were struck by super typhoons, North Korea was inundated with devastating floods and Japanese authorities issued alerts as Mount Aso volcano rumbled to life.

Then in November, New Zealand and Japan were hit by major earthquakes, reminding both of similar, devastating events in 2011.

What all this shows is that Asia-Pacific continues to find itself in a pattern of regular natural catastrophes.

The statistics back this up.

Last year, there were 198 natural catastrophes – the highest number in one year, according to Swiss Re’s sigma records.

Among this catalogue of disasters, Asia was the hardest hit from a financial perspective, with economic losses from all events in the region last year being close to $38bn.

Despite these figures, the issue of underinsurance still looms large. Only 40% of the global $92bn bill from natural and man-made disasters was covered by insurance last year, Swiss Re’s research shows.

So, why does this protection gap of nat cat underinsurance continue, seemingly unabated?

Peter Jackson, director of multinational clients at Lockton Wattana Thailand, says he is often surprised by how low the risk of natural catastrophes are on corporates’ risk registers.

“Nat cat insurance is sometimes felt to be the solely the preserve of the big companies. Surprisingly, too, some companies do not really understand the implications of a nat cat. Some we have talked to are quite blasé about it,” he says.

“With certain types of nat cat, and an earthquake is a good example, they see it as a very localised event. So if they believe they can recover from localised events quickly, they would say it’s not that big a deal.”

He argues that businesses are more likely to be “underinsured for business interruption, not property loss per se”.

This could be due to a variety of factors, he says, many of which boil down to a lack of understanding by the risk manager of their exposure. It may be that they don’t quite understand their insurance coverage, their dependence on critical suppliers or the knock-on effects of the peril in question.

Inadequate indemnity periods and limits also pose an issue, as does improper testing of business resiliency and recovery plan, he says.

This highlights the need for greater clarity around what nat cat insurance can and can’t do.

Indeed, Jackson says the industry needs to make nat cat insurance proNdautucrtaslecatsaisetrotophuensderstand – both for brokers to sell and clients to get sign-off from their finance teams.

“Sometimes the issue is the genuine lack of nat cat data too, with flooding in China being a good example of this issue. What is encouraging is governments, as we have seen in China too, wanting the insurance industry to take the strain,” Jackson adds.

Underinsurance, especially in Asia, can also be a cultural issue, says Stanley Cochrane, head of property Asia-Pacific at Swiss Re Corporate Solutions.

“Some people take the view that [natural catastrophes] are the government’s problem and they expect the government to bail them out if matters are really bad,” he says.

“There are other people who do not think about the government, but have the view that if it happens, it happens. That is an aspect which should not be underestimated.

“Tackling underinsurance is a matter of educating the population, and getting local governments to make [insurance] affordable and workable.”

An Australian risk manager from a construction and engineering firm told StrategicRISK that underinsurance resulting from natural catastrophes typically results from two causes: the incorrect valuation of reinstatement works following damage, and appropriately assessing the impact that a natural catastrophe can have on business operations.

“Following historic natural catastrophes, we have seen trade costs skyrocket as labour shortages drive costs up – these costs need to be considered when setting declared value and a per-location limit of liability under a property damage insurance policy,” he says.

“Furthermore, as global demand for materials changes, their availability and cost will also fluctuate. An appreciation of these factors should be considered by the professional valuers that are appointed.”

Australian RIMS board member Cathy Murray also stresses the importance of conducting regular reinstatement valuations on all property and ensuring the valuation matches the basis of settlement in the property policy.

She adds: “It is important to make sure the sub- limits in the property policy are reviewed regularly with both your broker and your insurance valuer – remembering that the reinstatement valuation estimates are for costs under normal reinstatement conditions and do not include escalated costs in a natural catastrophe situation, where costs can increase due to high demand of labour or materials.”