AI threats need to be managed to reap true benefits 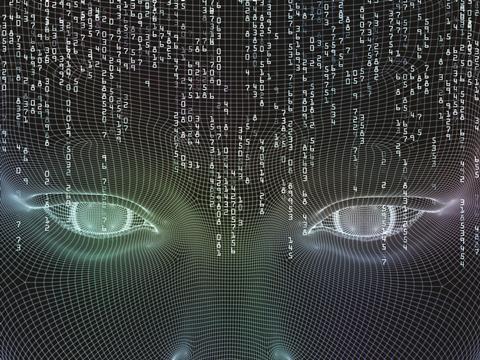 Risks around the growth of technology and artificial intelligence (AI), in particular, form a key element of the latest World Economic Forum Global Risks Report.

AI, robotics and biotechnology inhabit the upper right-hand quadrant of its 2017 risk graph – indicating they have the highest potential benefits but also the biggest negative consequences.

WEF head of global competitiveness and risks Margareta Drzeniek Hanouz, said the organisation was opening a new centre in San Francisco to specifically focus on these technologies and that a new regulatory framework was required to keep such risks in check.

“Those trends which we would call the Fourth Industrial Revolution require a very different approach to regulation in the sense that these technologies grow faster, they have a larger scope, they go into other areas of expertise – for example in health you would need to regulate on the health side as well as the technology side,” Hanouz said. “So it is very complex to regulate these technologies and it would require more agile and adaptive governance to be in place than we have currently to really reap the benefits.”

Those benefits are likely to be significant, however, according to John Drzik, president, global risk and specialties, Marsh.

“Artificial intelligence will enable us to address some of the great issues of our age, such as climate change and population growth, much more effectively,” he said. “With investment into AI now ten times higher than it was five years ago, rapid advances are already being made. However, increased reliance on AI will dramatically exacerbate existing risks, such as cyber, making the development of mitigation measures just as crucial.”

Speaking exclusively to StrategicRISK, Drzik said: “AI has tremendous opportunities for businesses embedded in it. The examples we hear of most are self-driving vehicles and manufacturing-oriented automation but I see tremendous potential also in the services sector - whether that is healthcare, financial services such as banking or insurance where you have machines running technologies which are basically able to make decisions which are better than human decision making or can at least match it on a more cost-effective basis.

“I have seen terrific demonstrations of technologies that can diagnose complex diseases that are hard for any individual doctor to do because they have not necessarily had the experience base that you can build behind a technology, whether that is IBM Watson or something similar. Pattern recognition, for example, can really save lives or, in the case of banking and insurance, make better decisions so you build a stronger portfolio.

“There are a lot of positive opportunities that are out there for companies in deploying these technologies. But then you have to think about the different risks you are undertaking by starting to put them in, such as a new avenue for cyber attack. Self-driving vehicles or some other part of your infrastructure could come under attack because of the installation of the AI application.”

“You have the risk that you could face in the economic or political sphere of displacing jobs,” Drzik said. “Most manufacturing jobs lost in the US were lost to technology. If the political response to that grows, companies could face that type of issue as well.”

He added: “If you take some of the bigger numbers around in terms of displacement of technology – how fast we will get to that point is unclear and I think things will happen along the way that will start to shape the way we want to think about that but I think at the company level there are these challenges of the current political context that will continue for some time.”

There were, Drzik said, a lot of risks that needed to be considered by taking this path [to AI] but companies had to go down it “because there is too much benefit at stake”.

As such it was of fundamental importance to manage the risks before the speed of change became overwhelming.

“So much of the emphasis and time and resource and money around technology goes towards deriving the benefits,” Drzik said. “This is not surprising because it is innovation, it is new and exciting – and [the focus] is not necessarily on the parallel framework of risk governance that needs to be accompanying that in order for everyone else to feel good about the development. The upside for a smart technology developer is to be pursuing the innovation path and not the risk management path and that dichotomy will be there.

“As a society we need to recognise that there needs to be some other way to make sure that the collective risk exposure is covered through other investments because we cannot count on the entrepreneurs to do it themselves.”