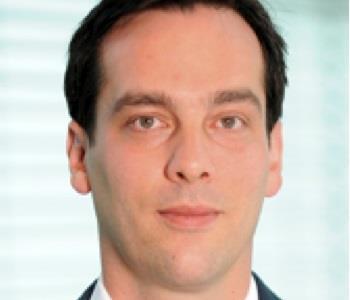 China’s agriculture industry is growing at an incredible rate, writes Asia Risk Centre chief executive Roman Hohl. But what does the future hold for the (re)insurers backing the risks?

With an average growth rate of 25% year-to-year and a premium volume of $5bn this year, agriculture insurance has advanced to be the third largest line of insurance business in China.

China’s agriculture output value is nearly three times that of the USA.

The industry’s loss ratio has reached 64% on average over the last seven years since the government started subsidising agriculture insurance. The outlook for this year is less promising, with a flood in the north-east and a drought in parts of central China. In the most flood-impacted province of Heilongjiang, corn is the key crop. It is expected to reach a loss ratio of 120%, while soybeans and wheat are expected to record loss ratios of up to 150%.

For the drought-stricken Anhui province, loss ratios will likely reach 150% for cotton, corn and soybeans. As most Chinese insurers now buy stop loss reinsurance protection, a large part of the losses are borne by reinsurers, with about 15% of total premium ceded to international markets.

While several provinces have benefited from loss protection of provincial governments, it is likely that this support will cease next year. This will make it a challenge for insurers to manage potential loss levels in the most exposed provinces, and for reinsurers to adequately estimate the risk based on a short loss history of seven years.

The fast growth, the lack of loss histories, limited access to data and the fact that most provinces have not yet seen high losses, makes risk management generally a challenge. Forestry is a newer line of business, and has clearly outperformed crop and livestock in profitability, but has an inherent catastrophe loss potential through fire and typhoon.

While AIR Worldwide and leading brokers have focused on modelling drought, flood and typhoon to crops, Asia Risk Centre (ARC), an affiliate of Risk Management Solutions (RMS), has taken a fresh look, with a different methodology and built the first fully fledged agriculture model for crop, livestock and forestry risks. ARC’s methodology uses 60 years of hazard proxies on which vulnerabilities for all major crop types are derived. Simulated weather patterns are used for high return period events.

This methodology is based on the outcome of an initial research project with Beijing Normal University in Hunan province. For forest fires, satellite technology is used to assess fires, and ARC’s livestock model relies on mortality statics from various sources for a variety of animal types that are currently insured.

While many reinsurers are experienced with crop insurance from Europe and North America, risk quantification for livestock and forestry that consist of more than 60% of the total market exposure of agriculture insurance in China is a challenge for many.

Further growth is expected in China, with increasing penetrations, higher insured values per area, more insurers involved and new lines of business such as aquaculture appearing. Index-based insurance as used in other Asian countries is likely to take off to complement the current indemnity-based crop insurance schemes in provinces where drought is excluded.