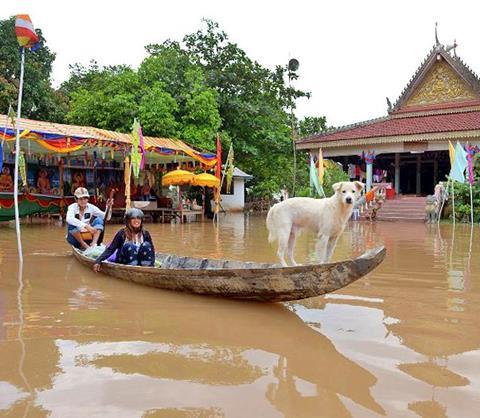 More than four in five people in South Asia are acutely exposed to at least one type of natural hazard, according to Verisk Maplecroft.

A new report from the risk analysis and research company suggests that 1.4 billion people in the region are exposed and live in areas considered to have insufficient resources to cope with and rebound from an extreme event.

The research highlights a lack of resilience to hazards across the region, especially in India, Pakistan and Bangladesh.

“These governments have struggled to translate record levels of economic growth into improved resilience against natural hazards, leaving investors open to disruption to economic outputs, risks to business continuity and threats to human capital,” the report said.

But South Asian nations lag behind the world’s leading economies when it comes to mitigating the worst impacts of natural hazards.

The company’s Natural Hazards Vulnerability Index, which assesses a country’s ability to prepare for, respond to, and recover from a natural hazard event, rates Japan (183) and the U.S. (173) as ‘low risk,’ and China (126) ‘medium risk’.

In comparison, the weaker institutional capacity, financial resources and infrastructure of Bangladesh (37), Pakistan (43) and India (49) mean they are rated ‘high risk,’ leaving companies and populations there under greater threat if a significant event strikes.

The data identifies flooding as one of the most substantial risks to communities and business in South Asia.

“This data highlights the scale of the task facing governments and business in mitigating the threats to populations and workforces from natural hazards in these high risk regions,” Verisk Maplecrof director of environment Dr James Allan said.

“With overseas investment pouring into the emerging Asian markets, companies have an increasing responsibility to understand their exposure and work with governments to build resilience.”